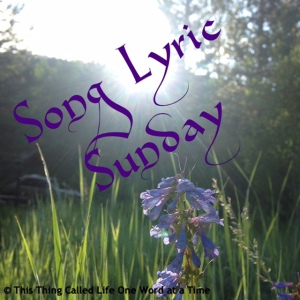 Jim Adams is the appreciated host of Song Lyric Sunday.  Jim says:
our prompt for this week is Dad/Father/Barbecue.  Here are the “rules”: 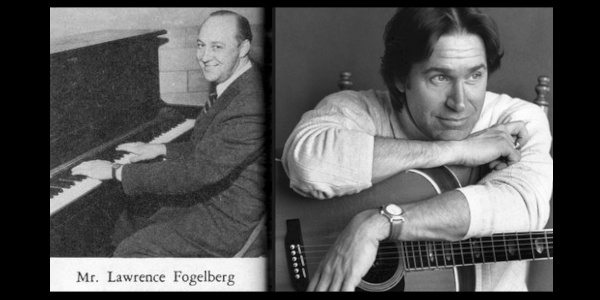 I’m adding a 2nd song to Song Lyric Sunday in honor of Father’s Day. My father passed away over 20 years ago. It seems like forever. He was a highly intelligent man who dropped out of school after 6th grade and started working early in life as a pin setter for a bowling alley. His parents divorced when he was young, and when they did all of his siblings went with their mother – except him. He was raised by his paternal grandmother, who came to the USA from Germany. She spoke no English. He joined the military as a young man and served in World War II as an infantryman in Italy. He sat in the courtroom of Goring’s war crimes trial. He came back from the war with a German flag and a Nazi bayonet. He never said how he got them.

When my parents got together, my dad still lived with his grandmother, and my mom took on the responsibility of taking care of her when she moved in. My dad was a quiet man for the most part but he did have a wry sense of humor. I remember him joking around on a reel to reel tape. He loved nature and took us all over the area to walk, swim, bike, and boat. He loved animals and treated them well. He loved his children and he did the best job he knew to raise us. We were never wanting for food, clothing, and shelter. He was dependable and he was consistent, which meant everything when a child’s mother is an unstable chaos junkie.  He was not a drinking man. Dad, I wish you would have stuck around a little longer.

“Leader of the Band” is a song written by Dan Fogelberg from his 1981 album The Innocent Age. The song was written as a tribute to his father, Lawrence Fogelberg, a musician and the leader of a band, who was still alive at the time the song was released. Lawrence died in August 1982, but not before this hit song made him a celebrity with numerous media interviews interested in him as its inspiration.

An only child alone and wild, a cabinet maker’s son
His hands were meant for different work
And his heart was known to none
He left his home and went his lone and solitary way
And he gave to me a gift I know I never can repay

A quiet man of music denied a simpler fate
He tried to be a soldier once, but his music wouldn’t wait
He earned his love through discipline, a thundering velvet hand
His gentle means of sculpting souls took me years to understand