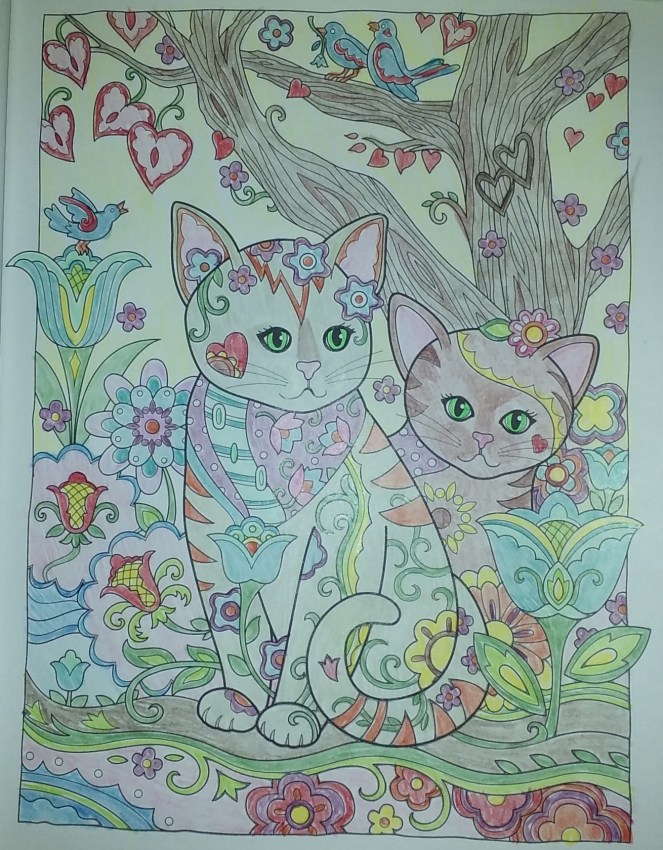 Bonus pic:  My sons and their S.O.s came over today.  O.G. for lunch, then we played a LONG board game that has grown so massive with expansions that younger son built a box for it.  Of course Dotty had to check it out. Title — Dotty in a Box: 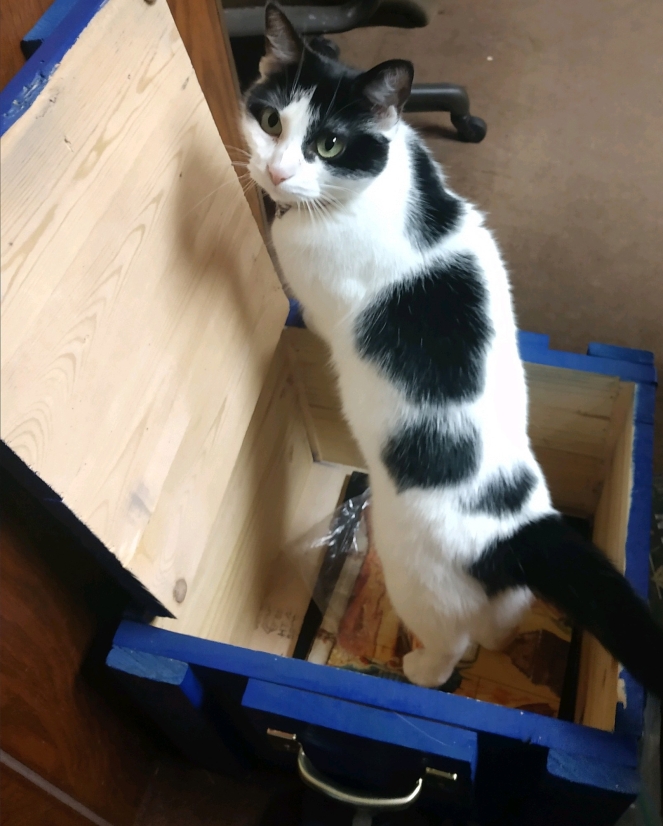 I watched the 2016 film, Maudie, last night and must have gone through a box of kleenex watching it. I’ll talk more about it next Tuesday on Movies, Movies, Movies, but for now I want to say the soundtrack is beautiful. The following song is one of the tracks from it.

Mary Margaret O’Hara is a Canadian singer-songwriter, actress and composer born in the late 1950’s in Toronto, Ontario to a large family of Irish Catholic descent. She is the younger sister of comedic actress Catherine O’Hara. Her early musical tastes included Van Morrison, Dinah Washington, and her father’s jazz records. She was a student at the Ontario College of Art and Design in the 1970s and was involved in the music scene as a member of Toronto bands Dollars, Songship and Go Deo Chorus. She remains active as a live performer, as a contributor to compilation albums, and as a guest collaborator on other artists’ albums.

On their 1990 album The Caution Horses, the Cowboy Junkies recorded a sparse, haunting version of O’Hara’s song “You Will Be Loved Again”. In 1991, O’Hara followed up with a four-song EP of Christmas material. Following the Christmas EP, O’Hara took on several acting roles and appeared as a vocalist on recordings by a variety of other artists, including Morrissey (“November Spawned a Monster”), John & Mary, Bruce Cockburn, Holly Cole, Bob Wiseman, Meryn Cadell, The Henrys, and Neko Case. She performed Dark, Dear Heart at John Candy’s funeral in March 1994.

During an R.E.M. concert in Toronto in 1999, Michael Stipe brought O’Hara on stage and declared her a “national treasure.” Other artists who are said to be fans include Kristin Hersh, Radiohead, Dave Matthews and Rickie Lee Jones.

Miss America is an album by Mary Margaret O’Hara, released in 1988. It is O’Hara’s only full-length studio album released to date. All of her other releases have been EPs, soundtrack albums or collaborations with other artists. She released a recording under her own name in 2001, when she and longtime guitarist Rusty McCarthy contributed to the soundtrack for the Canadian film Apartment Hunting (in which she also acted).

The cut I chose from it is “Dear Darling.”

Why would you run?
I beg stars above
A thing of such beauty
Must be called love
Songwriters: Mary Margaret O’hara