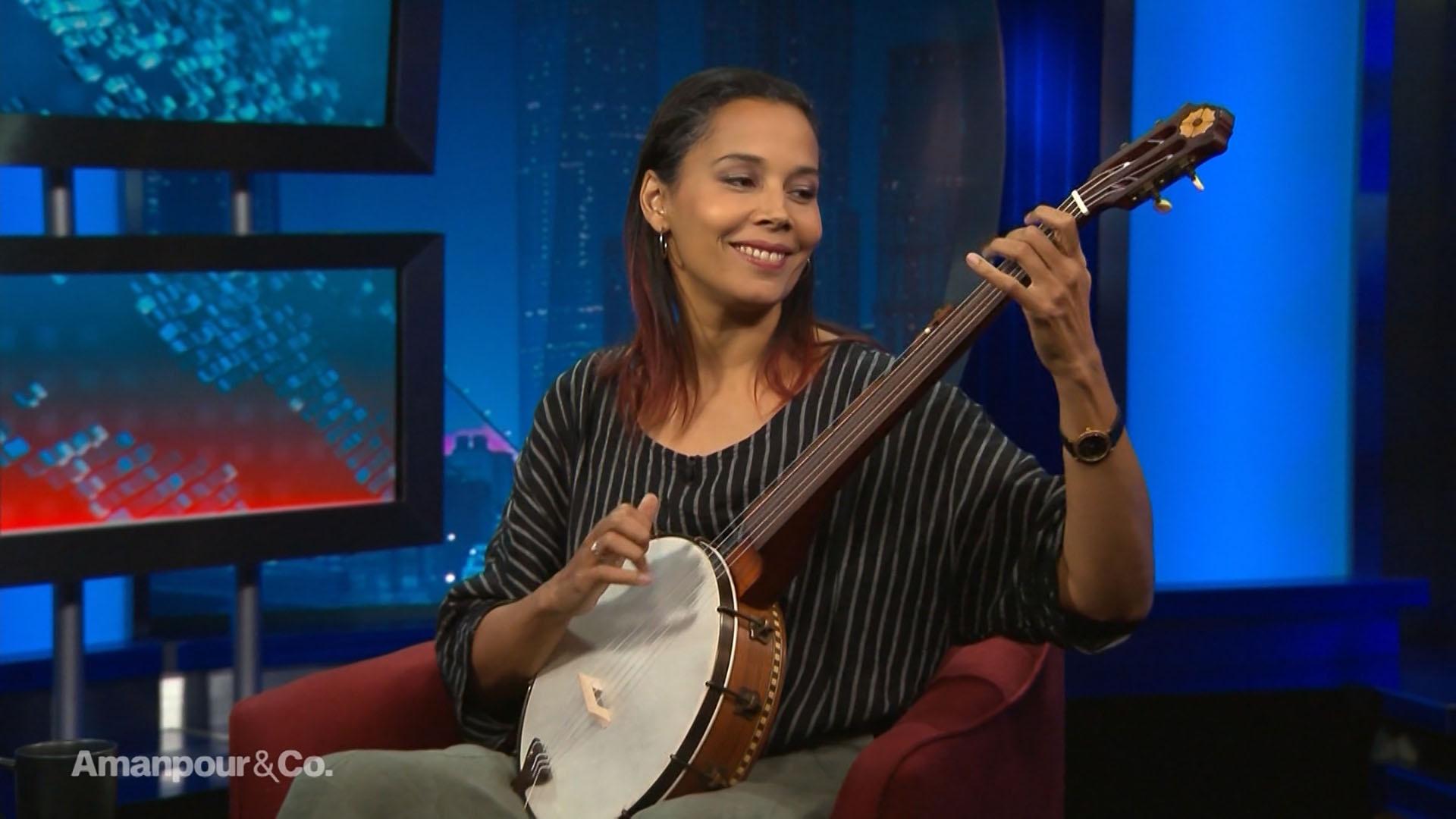 Rhiannon Giddens. click on link to take you to a PBS interview

Rhiannon Giddens (b. 2/21/77) is an American musician. She is a founding member of the country, blues and old-time music band Carolina Chocolate Drops, where she is the lead singer, fiddle player, and banjo player.

Giddens is a native of Greensboro, North Carolina, an alumna of the North Carolina School of Science and Mathematics, and a 2000 graduate of Oberlin Conservatory at Oberlin College, where she studied opera.

In addition to her work with the Grammy-winning Chocolate Drops, Giddens has released two solo albums: Tomorrow Is My Turn (2015) and Freedom Highway (2017). Her 2019 and 2021 albums, There Is No Other and They’re Calling Me Home are collaborations with Italian multi-instrumentalist Francesco Turrisi. She appears in the Smithsonian Folkways collection documenting Mike Seeger’s final trip through Appalachia in 2009, Just Around The Bend: Survival and Revival in Southern Banjo Styles – Mike Seeger’s Last Documentary (2019.) In 2014, she participated in the T Bone Burnett-produced project titled The New Basement Tapes along with several other musicians, which set a series of recently discovered Bob Dylan lyrics to newly composed music. The resulting album, Lost on the River: The New Basement Tapes, was a top-40 Billboard album.

In 2005, Giddens, who at that time was spending time competing in Scottish music competitions (specializing in the Gaelic lilting tradition, also known as mouth music,) attended the Black Banjo Then and Now Gathering, in Boone, North Carolina. There she met Dom Flemons and Sule Greg Wilson. The three started playing together professionally as a “postmodern string band”, Sankofa Strings. During that same time period, Giddens was also a regular caller at local contra dances and featured in a Celtic music band called Gaelwynd. Later in 2005, after both Gaelwynd and Sankofa Strings had released CD albums, Giddens and Flemons teamed up with other musicians and expanded the Sankofa Strings sound into what was to become the Grammy winning Carolina Chocolate Drops.

Four children’s books will be published in fall 2022

Awards and Nominations:
between 2010 and 2022, Giddens has been nominated and/or won no less than 25

Some thing to share:
Giddens is multiethnic in ancestry, from her European-American father (David Giddens) and her African- and Native-American mother (Deborah Jamieson), who met as college students in the city of Greensboro, North Carolina. She and her sister grew up in Greensboro and nearby rural Gibsonville. Her sister Lalenja Harrington is a director for Beyond Academics, a four-year certificate program supporting students with intellectual and developmental disabilities, at the University of North Carolina at Greensboro. A singer and songwriter herself, Harrington occasionally collaborates with her sister on musical projects.

Giddens married Irish musician Michael Laffan in 2007. They have a daughter born in 2009 and a son born in 2013; however, they had separated as of 2018. She lives in Limerick, Ireland. In 2019, Giddens began a relationship with her musical partner Francesco Turrisi. They released an album together in May 2019 and again in April 2021.