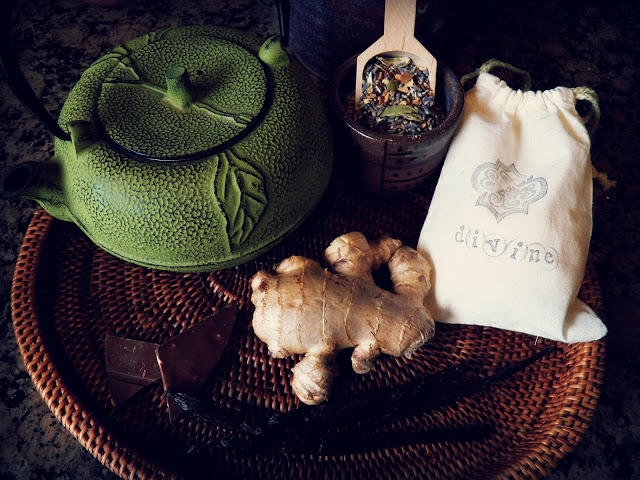 She walked the fields and down by the stream all morning, then into afternoon, looking, smelling, and listening for her ingredients. With the ones she already had in her spice chest, there were only a few left to complete the recipe. The sun was lowering in the sky, and by the time she found the last one, the full moon was the only thing lighting the path back to the cottage.

She was enraptured with the assembled ingredients displayed on the burnished wooden table: chopped chamomile, St. John’s Wort, fresh chaga, fresh ginger, cinnamon sticks, cloves, rooibos, willow’s bark, datura seeds, dogwood pods, and chopped hummingbird feathers. She was blessed to find the unfortunate remains of a hummingbird near the ginkgo. The final ingredient, pixie dust, was found only after putting on the special rose-colored glasses she was was able to acquire through the crone down the lane. What she traded for the glasses is a story for another day.

She built her fire with wood from the black walnut tree, as the recipe indicated, then put her cauldron of water from the deepest artesian well to boil. Humming softly the song of the wolves as she mixed things in the proper proportion, soon the water was not quite boiling. She removed the cauldron. Into the jade tea pot went the linen bag filled with its magic – all except the final ingredient – then the steamy water. On went the lid.

Ten minutes later, she poured the tea into her favorite filigreed bone china cup. Carefully, oh so carefully, she dusted the surface with the pixie dust. Saying a few words for the old mothers, she sipped and smiled as she watched the full moon frolic with the clouds. That night, in her dreams, she joined them. 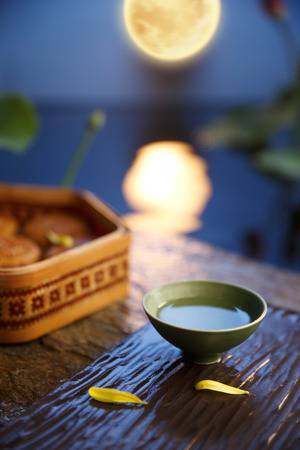 One thought on “Night Brew”