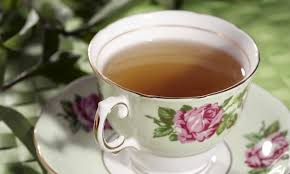 Your line for this week is:

For years, Ginny had been brow-beaten, gaslighted, and treated as an inconvenience with a weak mind by her husband, Geoffrey. It started when they first met. Within minutes Geoffrey was correcting her speech and giving her advice about what to choose from the appetizer tray. From that moment on he never stopped being large and in charge. His expected response from Ginny was a cringe, a timid look, or a comment almost said but frozen in her throat. Geoffrey and his mother made all of the marriage arrangements and chose the location for the honeymoon. From the day they said their, “I do”s, Geoffrey’s domination and campaign for Ginny’s complete subjugation kicked into relentless third gear. After the honeymoon, they promptly moved in with Geoffrey’s mother. Ginny’s mother in-law not only supported Geoffrey in his endeavor, she actively encouraged it.

Geoffrey and Ginny were approaching their tenth anniversary. Ginny’s mother in-law had passed away suddenly the year before. Doctors were mystified at a lack of precursor to a fatal health matter, as these things rarely happen out of the blue.

Although the reader may feel some encouragement at the mother in-law’s death, as it would be one less toxic element in poor Ginny’s life, the sad reality of it was that Geoffrey had neutralized any hope and resistance within his wife long ago.

As Ginny’s resistance was extinguished under her husband’s neurolingual programming campaign, so too did her vitality begin to wane. As she began to disappear, so did Geoffrey’s presence gain more substance and vitality, almost as if he were sucking the very life out of her. Ginny began to spend more time in bed, alternating between reading and sleeping.

Geoffrey needed Ginny to be lively at the times she was required for business gatherings where partners in the firm were expected to bring their families. This meant he needed to be careful not to push her too far. He’d invested too much time in shaping Ginny and he didn’t want to waste his time by having to train another spouse should Ginny waste away to nothing. He made sure they enjoyed a lovely vacation by the sea each year, which did wonders for Ginny’s frame of mind and health. Her appetite returned and she gained some color to her skin.

After one such lovely holiday, they returned to the gloomy winter landscape of the city. Ginny was feeling more heartened and sat by the tall window and watched the birds hopping on the shrub branches outside.  When the sun came out, she smiled. Geoffrey happened to walk in the room at that moment and saw her smiling.

He said, “Ginny, you forgot to put my teacup in the sink. You know I will not tolerate a messy house.”

Ginny began to laugh. Try as she might, she was unable to stop laughing. The more she laughed the more livid Geoffrey became.

“My mother is turning over in her grave right now! Stop it this instant!,” he roared.

“Well I think it’s funny!,” Ginny gasped between her peals of laughter.

“What do you think is funny?!,” screamed Geoffrey as he grasped Ginny by both arms.

“The look on your mother’s face after she finished the special cup of tea I made for her.”

Ginny looked deeply into Geoffrey’s now pale face and whispered, “The same look you’re about to have in a moment, as you drank my special tea this morning in that very cup she did.”