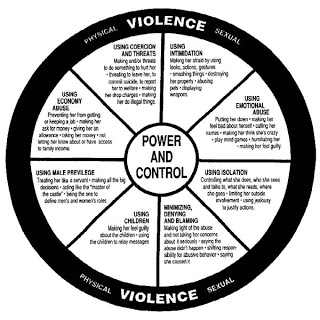 Today’s Word of the Day Challenge is power.

Today’s Mind Love’s Misery Menagerie asks us to consider the concept of control for Tale Weaver 206.

Miranda had been employed by the hospital for 8 years as an educator on the dynamics of domestic violence (DV.) Her degree was in social work, which is just what the hospital was looking for when hiring staff for their new DV Empowerment Unit. The National Victims Empowerment Development Association (N-VEDA) granted the funds to start a pilot program at the hospital.

Besides the degree, another requirement, for the hospital and for the conditions of the grant, was that all staff had to have “lived experiences” with domestic violence. In other words all of the workers either had to have been victims of DV directly or had grown up in homes where DV was present.

Miranda was doubly qualified in that she grew up in a home where her grandfather ruled all of the family members with his fists, which included Miranda’s grandmother, mother, two olders sisters, and her younger brother; as well as having gotten immediately into a DV situation with her first serious boyfriend when she moved away from home for college. Luckily she survived both circumstances. Even more blessed was that she was being educated for her social work degree and wrote her Master’s Thesis on the intergenerational transmission of DV.

Miranda was intelligent, motivated, and had the initiative to develop the program into being one of the top programs in the country. The N-VEDA was so impressed they renewed the grant without much overview every 3 years. Miranda was asked to make presentations across the United States on how to develop similar programs.

The program was based on the Power and Control Wheel that was designed as part of the Duluth Model, an earlier pilot program on DV. It broke each one of the pieces of the pie down into digestible lessons and focused on having the victims teach their family members with a workbook, as well as role plays and role reversals.

Although often forced by the demands of her talents and work duties to be in the spotlight with lectures, podcasts, television appearances, and guest professorships, Miranda kept a very private and low profile when it came to her personal life. She didn’t socialize after work with colleagues when she was in town, and she went directly to her hotel room when she was out of town. Everyone knew she had been married before but nobody knew who her husband was or what he did or where he was now.

When Oprah invited Miranda to be a guest on her show, then also offered to give her a $2million advance on a television series that gave fictionalized scenarios of empowerment in action, Miranda was ecstatic. She was finally reaching the pinnacle of her career and was soaring high.  She would reach millions of victims!

The live taping in Chicago was in the middle of summer. The studio audience was a full house. Miranda’s segment with Oprah was flawless until the Q & A time came. A hand shot up in the nosebleed section of the audience. The cameras zoomed in on an extremely attractive middle-aged man. The question the man asked was this:

Why would a person who is known as the Goddess of Victim Empowerment keep her husband chained in the basement during their marriage?