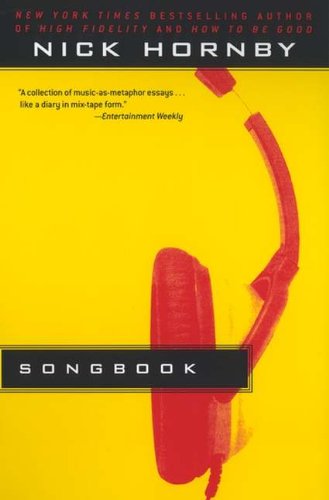 Nick Hornby has compiled a list of 31 or so songs that have impacted him in different ways, or the songs represent different aspects of music appreciation that Nick wants to share. He also has chapters at the end that cover albums, as well as one on boxed sets, and one on contemporary “pop” (as the book was written in 2003, it would be contemporary for 2003.) Nick’s long-term love affair with music is apparent as he is intimate with every nuance of it through the chapters. Those who have similar love affairs with music will delight in his essays. Nick also has a very wry sense of humor that had me laughing out loud several times while reading.

I had considered blogging one of Nick’s favorites each day for a month here and giving Nick’s reasons why he chose it, but then I thought if a list will be made and shared, with the reasons why, it will be my own choices and reasons.

This book is also a primer on music education.  As he expounds on the intricacies of why he chose, or did not choose, a particular song, it gives me pause to reflect on aspects not considered before — which is making me a “better” appreciator of music.

My biggest takeaway from Songbook is that each music lover out there has one of these lists, even if it’s only in their heads and the reasons why not articulated. Nick is a genius for deciding to put his down on paper.

I want to thank Hans at hanspostcard for making me aware of, “Songbook.”  I also want to thank him for his most excellent blog that presents albums and songs daily, with commentary, that is helping me fill in the blanks in my music education.  It is, for all intents and purposes, Hans’ living songbook.  THANK YOU HANS.