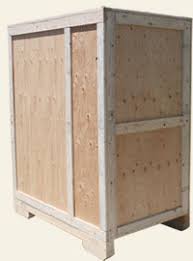 Carl lived a mundane lifestyle that suited him just fine. He was able to work from home and his needs were simple: food, clothing, shelter, and someone to call darling.

The quarterly bonus was electronically deposited into his account. The purchase that he had painstakingly custom-designed had been waiting in “the basket” for two weeks now. All that was left was to complete the transaction and complete the countdown; which was, as the product was made-to-order, 30 days.

When not working at his desktop, Carl was methodical about deep cleaning each room of the house. It was important to his peace of mind that everything was prepared and just right for the arrival of the package. He hoped 30 days would be enough time.

The delivery date was a week away. Carl lived an hour from the nearest urban area and seldom found a reason to drive into town. Today he found one. Four hours later he was driving home, the back seat of his small sedan filled with bags from the clothing stores he’d visited.

Countdown was at Day Zero. Carl woke refreshed and excited. The package was due to arrive between 2 and 5pm. Carl got his daily workload completed by noon, then began his personal preparations. He’d gotten a shave and haircut in town last week, so shaving was simple. He coiffed his hair with Dapper Dan’s hair treatment. He put on his new shirt, tie, pleated trousers, worsted herringbone socks, and shiny shoes. It was 1:30 p.m. There was time to drive down his road to the lady who sold fresh flowers. He found a lovely bouquet of carnations, baby’s breath, ferns, and asiatic lilies. Getting back home at 1:45 p.m., he put the bouquet in water.  He sat on the couch, lost in thought, until the doorbell rang at 3:30 p.m.

His heart was pounding as the delivery driver wheeled the large crate up the side ramp and into the living room. Carl gave the driver a $20 tip and bowed to him as he smiled and left.

Carl looked at the crowbar sitting on the couch. Taking a deep breath as he picked it up and moved toward the crate, it was time to meet Darling.

Fandango’s FOWC is mundane, the Word of the Day Challenge is countdown.

Michael is the host of Mindlovemisery Menagerie’s Tale Weaver.  Michael says:
This week consider the word Darling. It can be a person, place or thing.  It’s part of our vernacular, we use it everyday in one context or another.  Weave a tale using the word in whatever context you wish.  Please link your responses using the linking tool below and have fun.

UPDATE:  Enquiring minds want to know what/who Darling is.  Here is what/who I had in mind: