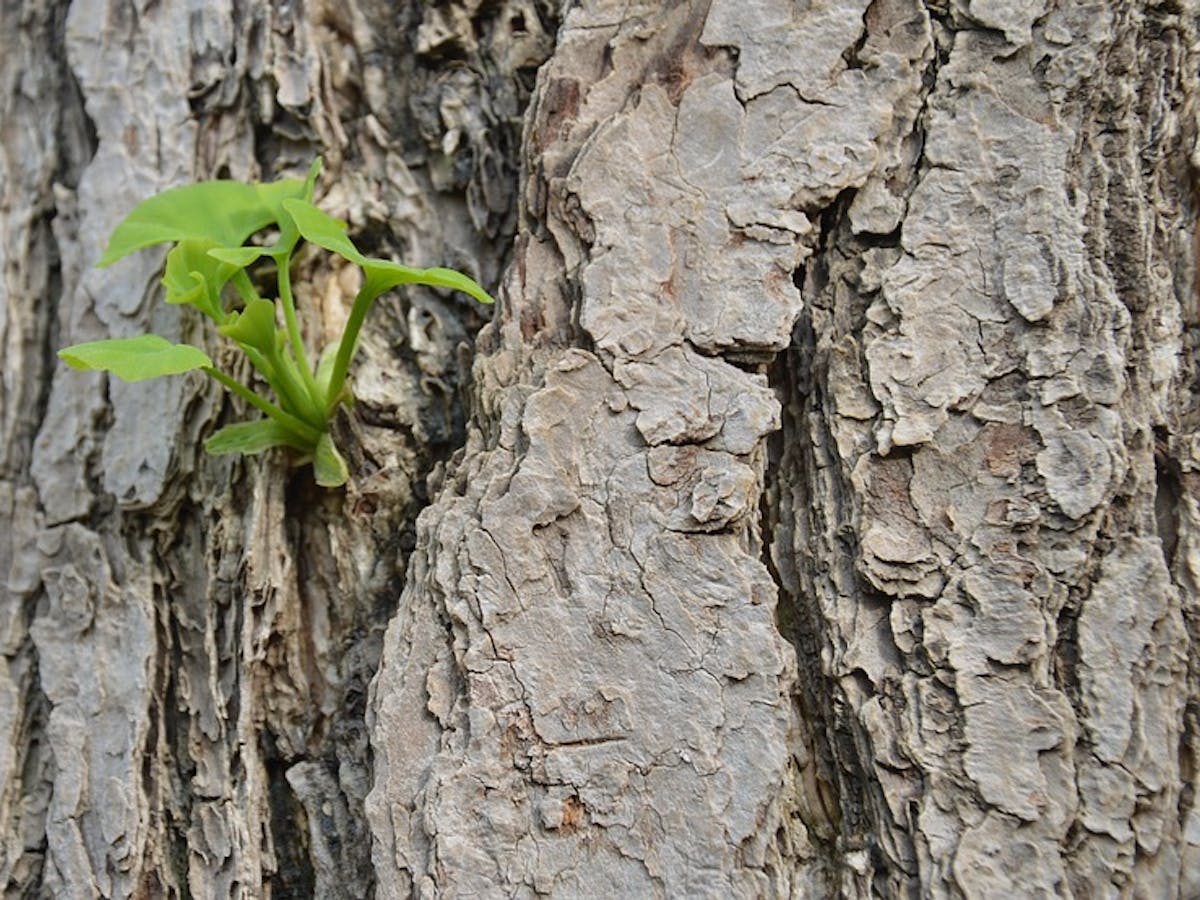 Looking way back at the Jurassic period ginkgo trees flourished across the Asian continent. Over millions of years, their fossils began to diminish. Two and a half million years ago, only a “handful of ginkgo lineages” remained, in the forests of Central China.

At some point 1300 to 1400 trees made their way to Japan. In 1923, the Great Kanto Earthquake set Tokyo ablaze. It was mostly the ginkgo that survived of the trees. Sixteen thousand were planted across the country, including a handful in Hiroshima.

In August, 1945, the ginkgo trees were fully-leafed. The A-bomb in Hiroshima scorched the life of the trees and every living thing. The roots of the ginkgo gathered nutrients through the fall. One hundred seventy hibakujumoku still stand, within 1.3 miles of the blast center.

Frank J. Tassone is the host of dVerse today.  Frank says:
Tomorrow marks the anniversary of the atomic bombing of Hiroshima. Last year, [dVerse] commemorated this memorial for Haibun Monday (August 6, 2018). Just like last year, the city of Hiroshima will once again hold its annual Hiroshima Peace Memorial Ceremony: While the memorial commemorates the fallen, it is also an occasion to reflect on hope. Let us again write our own haibun to commemorate Hiroshima! This year, however, let us focus not on despair of nuclear holocaust, but on hope born of rising from the ashes!