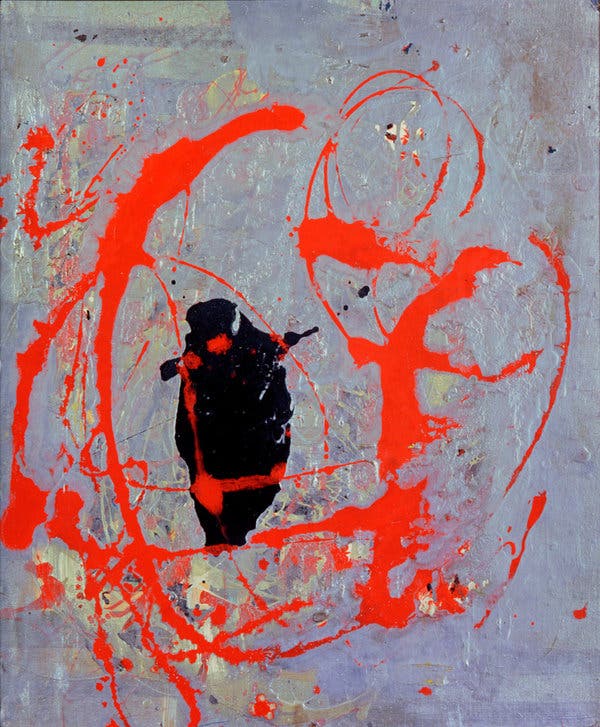 It doesn’t matter how the paint is put on, as long as something is said.

Something sad
Sad how?
It doesn’t matter how.
Put on paint – matter.
Paint it.

Something matters?
How doesn’t it?
Doesn’t it?

Put on pain’s paint and matter —
as long as something is said,
Doesn’t matter how.

Paul’s Poetry Playground just introduced an invented poetry form called the pollock, after the form’s namesake, artist Jackson Pollock.  The gist is that you take any quote from Pollock (or from any other person, if you want to “break the rules” which is encouraged) then write a 14-line poem that starts with that quote and using only words from the quote throughout the rest of the lines.  It sounded fun and challenging so I decided to give it a try.

The quote I chose from Pollock is:

It doesn’t matter how the paint is put on, as long as something is said.

I did break the rules a little by turning “paint” into “pain” and “said” into “sad” and maybe changed tense on a word or two.

If you follow that link, you’ll find a NYT fascinating feature from 2013 about the painting.

Update on 8/8/19: Grace is the host of dVerse for Open Link Night (OLN) and so am linking this to dVerse.