Jim Adams is the ever-gracious and reliable host of Song Lyric Sunday.  Jim says:
find a song that fits the prompt Dream/Lullaby/Sleep. 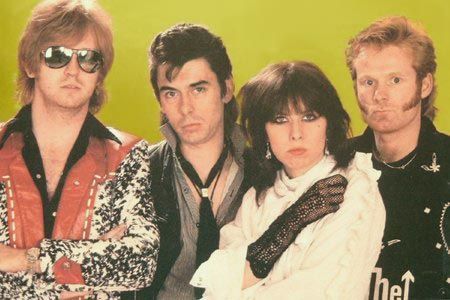 “I Go To Sleep” is in my Top 10 of favorite Pretenders songs.  The reality that it was written by Ray Davies and he and Chrissie were romantically involved makes it that much more potent.  I’ve cried listening to this song more times than I can count.

Pretenders II is the second studio album by British rock band the Pretenders, released August 15, 1981. The album is notable for the inclusion of a cover of The Kinks’ “I Go to Sleep” (they had covered that band’s “Stop Your Sobbing” on their debut album, and band leader Chrissie Hynde would have a personal relationship with Kinks’ frontman Ray Davies), as well as the sexually-forward tunes “Bad Boys Get Spanked” and “The Adultress”. The album would be the final release from the original line-up of the band, as shortly afterwards the band would be fractured by the drug abuse that would take the lives of guitarist James Honeyman-Scott and bassist Pete Farndon, leading to a long recording hiatus.

Twenty years after its release, it was certified gold (500,000 sold) in 2001. “I Go to Sleep” is a song written by Ray Davies and first released by The Applejacks. It was never recorded by The Kinks, but Ray Davies’s demo can be found in reissue bonus tracks of their second studio album Kinda Kinks. “I Go to Sleep” had been rumored to have been one of the first songs that Chrissie Hynde ever learned. At the time of the song’s recording, Hynde had been dating Ray Davies, whom she had met after covering the Kinks track “Stop Your Sobbing.” The song features “a very strong late-’50s pop feel and flavor” according to Allmusic’s Matthew Greenwald. The song also includes a french horn part; “The French horn in ‘I Go to Sleep’…” Hynde recalled, “It’s those little embellishments that capture my attention.”

I was wrong, I will cry
I will love you till the day I die
You were all, you alone and no one else
You were meant for me