Today’s Celtic letter “Y” is dedicated to Weird Al Yankovic. Part of the reason is he was someone whose name began with that letter, but also because I’ve enjoyed his offerings over the years. They say that mimicry is the sincerest form of flattery. I’m not sure, but it would be interesting to hear what some who have had their songs covered would say.

Alfred Matthew “Weird Al” Yankovic (born October 23, 1959) is an American singer-songwriter, record producer, satirist, actor, voice actor, music video director, comedian, and author. He is known for his humorous songs that make light of popular culture and often parody specific songs by contemporary musical acts; original songs that are style pastiches of the work of other acts; and polka medleys of several popular songs, featuring his favored instrument, the accordion.

Since his first-aired comedy song in 1976, he has sold more than 12 million albums (as of 2007), recorded more than 150 parody and original songs, and performed more than 1,000 live shows. His works have earned him five Grammy Awards and a further eleven nominations, four gold records, and six platinum records in the United States. Yankovic’s first top ten Billboard album (Straight Outta Lynwood) and single (“White & Nerdy”) were both released in 2006, nearly three decades into his career. His latest album, Mandatory Fun (2014), became his first number-one album during its debut week.

Yankovic received his first exposure via Southern California and syndicated comedy radio personality Dr. Demento’s radio show, saying “If there hadn’t been a Dr. Demento, I’d probably have a real job now.” In 1976, Dr. Demento spoke at Yankovic’s school where the then-16-year-old Yankovic gave him a homemade tape of original and parody songs performed on the accordion in Yankovic’s bedroom into a “cheesy little tape recorder“. The tape’s first song, “Belvedere Cruisin'” – about his family’s Plymouth Belvedere – was played on Demento’s comedy radio show, launching Yankovic’s career. Demento said, “‘Belvedere Cruising’ might not have been the very best song I ever heard, but it had some clever lines […] I put the tape on the air immediately.” Yankovic also played at local coffeehouses, accompanied by fellow dorm resident Joel Miller on bongos.

Yankovic said:
It was sort of like amateur music night, and a lot of people were like wannabe Dan Fogelbergs. They’d get up on stage with their acoustic guitar and do these lovely ballads. And I would get up with my accordion and play the theme from 2001. And people were kind of shocked that I would be disrupting their mellow Thursday night folk fest. 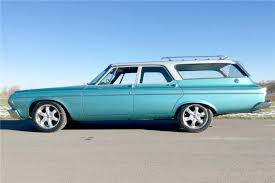 Now, you won’t find me braggin’
‘Bout my big green station wagon
Or tellin’ ’bout the traffic laws I’m breakin’
Everybody knows that I wouldn’t dare
Match my wits with a red Corvair
And just the thought of a Pinto leaves me shakin’

I don’t think that I could cruise
In one of those small VW’s
Or zip along the highway in a classy pickup truck
There’s somethin’ ’bout a Comet
That makes me wanna vomit
And those Datsuns just ain’t worth a Fudgesicle, no

First in my class here at M-I-T
Got skills, I’m a champion at D and D
M.C. Escher, that’s my favorite M.C.
Keep you’re forty, I’ll just have an Earl Grey tea
My rims never spin, to the contrary
You’ll find that they’re quite stationary
All of my action figures are cherry
Stephen Hawking’s in my library

My MySpace page is all totally pimped out
Got people beggin’ for my top eight spaces
Yo, I know pi to a thousand places
Ain’t got no grills, but I still wear braces
I order all of my sandwiches with mayonnaise
I’m a wiz’ at Minesweeper, and I play for days
Once you’ve see my sweet moves, you’re gonna stay amazed
My fingers movin’ so fast, I’ll set the place ablaze

There’s no killer app I haven’t run (run)
At Pascal, well, I’m number one (one)
Do vector calculus just for fun
I ain’t got a gat, but I got a soldering gun (What?)
Happy Days is my favorite theme song
I could sure kick your butt in a game of ping pong
I’ll ace any trivia quiz you bring on
I’m fluent in JavaScript as well as Klingon

Here’s the part I sing on

I been browsin’, inspectin’ X-Men comics
You know I collect ’em
The pens in my pocket, I must protect them
My ergonomic keyboard never leaves me bored
Shoppin’ online for deals on some writable media
I edit Wikipedia
I memorized Holy Grail really well
I can recite it right now and have you R-O-T-F-L-O-L

I got a business doing websites (websites)
When my friends need some code, who do they call?
I do H-T-M-L for ’em all
Even made a homepage for my dog, yo
I got myself a fanny pack
They were havin’ a sale down at The Gap
Spend my nights with a roll of bubble wrap
Pop, pop, hope no one sees me gettin’ freaky

I’m nerdy in the extreme
Whiter than sour cream
I was in AV club, and glee club
And even the chess team
Only question I ever thought was hard
Was “Do I like Kirk, or do I like Picard?”
Spend every weekend at the Renaissance Fair
Got my name on my underwear

They see me strollin’, they’re laughin’
And rollin’ their eyes ’cause I’m so
White and nerdy

I wanna bowl with the gangstas
But, oh well, it’s obvious I’m
White and nerdy