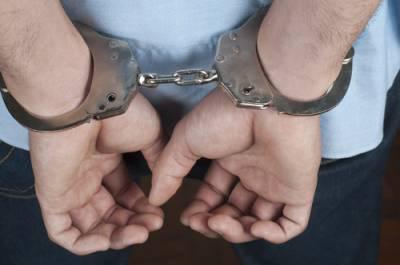 Reena asked us to choose from a list of questions and answer. This is the one I chose.

“For the sake of goodness, how much evil are you willing to do? Fill in the following blanks with the names of your favorite evils and acts of hatred.”

I wouldn’t have a clue how to answer the other questions because they seem to be more rhetorical than looking for an answer. This one, though, is one I can write to. During the 18 years I worked as a juvenile probation officer, there were things some might call evil that I was willing to do, but I would never say that those acts were acts of hatred.

I still remember sitting in the interview with one of the administrators and the person who would be my immediate supervisor and learning that part of my job would be to put handcuffs and leg irons (shackles), and sometimes even belly chains on children. My mind rebelled at the thought, and I wondered if I would be able to do it.

On the floor housing the juvenile court we had a holding cell. This cell held children waiting for a hearing, or children who were ordered to be detained after a hearing. There were wooden seats with steel tubes to attach the cuffs and shackles to. When I first started seeing kids sitting in there in chains it broke my heart, and I used to go in and sit with them and talk with them. It didn’t take me long to understand that the majority of the kids sitting in there were no longer children in many respects. So many of them had a shell-shocked look in their eyes and/or seemed callous and impervious to being chained up.

When I first started with the court, my caseload was comprised of kids who had committed low-level crimes. The penalties were treatment and aversion types of things like community service, restorative justice, writing letters of apology, weekend work, house arrest, restitution, getting assessed for mental health services, including substance abuse, and following the recommendations.

As I learned more and got better, when an opening came for working with children at-risk for out of home placement, I was assigned serious delinquent offenders. Ones who stole cars, broke into occupied dwellings, committed aggravated assault, serial toddler rapists, and murderers. Many of these children were repeat offenders, where home-based interventions had little to no effect upon their recidivism. At a certain point, where the risk to the safety of the community was clear, many of them ended up going to residential treatment facilities, sometimes for years. The sad reality about residential treatment facilities for children is that they serve more as holding facilities, so when the children are there, they aren’t out committing crimes. They cost sometimes hundreds of thousands of dollars per child, with limited/no impact on behavior once they are released. Another sad reality is that when many of these kids turn adult they offend and go to prison.

What some might consider evil acts on my part include: handcuffing, shackling, detaining, and transporting children to detention, residential treatment, and sometimes even “punk prisons.” I’ve written detailed rationalizations and presented them in court as to why the children need whatever service I’m recommending. I’ve begged referees and judges to keep children imprisoned. I’ve recommended children be taken away from their parents. I’ve thrown tantrums when judges and referees disagreed with me and let children stay with their parents. With a list like this, it is apparent I’m willing to do quite a bit of evil.

That said, I worked like a dog to keep communities safe from car thieves, (often-armed) home invaders, extremely violent aggressors, toddler rapists, and murderers. I’ve worked like a dog to get children out of homes where they were being beaten, raped, psychologically tortured, or witnessing these things happening to their mothers or siblings.

Do I regret my acts of evil? No. Would I do them again? Without question, yes.

Reena is the host of Reena’s Exploration Challenge.  Reena says:
I choose the poem “Questionnaire” by Wendell Berry as a prompt. It is hard hitting, it is cold, it is dark, it is stark.

Feel the anger, bitterness, disappointment dripping from the poet’s pen. Think what catastrophe can drive a person to write this. Think about the basest instincts of humanity pitted against the noblest, and the kind of conflicts it can lead to.

Let whatever it ignites in you flow like a lava. It can also be ice, a scenario of peace, meditative journaling that works like a soothing balm on the bruised soul. The format can be a memory, historical fact or fiction, story, poem, essay, video or a soul-stirring picture. There are absolutely no restrictions.