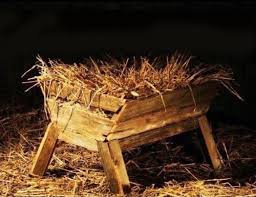 Frank J. Tassone is the host of Haiki Challenge.  Frank says:
Here in the Northern hemisphere the darkness lengthens and deepens until December 21st. Then the days lengthen. Is that not a sign of hope? What better kigo for this week, then, but Advent?  This week, write the haikai poem of your choice (haiku, senryu, haibun, tanka, haiga, renga) that alludes to advent.

from wikipedia:
Advent is a season observed in many Christian churches as a time of expectant waiting and preparation for both the celebration of the Nativity of Jesus at Christmas and the return of Jesus at the Second Coming. The term is a version of the Latin word meaning “coming”. The term “Advent” is also used in Eastern Orthodoxy for the 40-day Nativity Fast, which has practices different from those in the West… Christians have spoken of the three comings of Christ: in the flesh in Bethlehem, in our hearts daily, and in glory at the end of time…Practices associated with Advent include keeping an Advent calendar, lighting an Advent wreath, praying an Advent daily devotional,erecting a Christmas tree or a Chrismon tree, lighting a Christingle, as well as other ways of preparing for Christmas, such as setting up Christmas decorations, a custom that is sometimes done liturgically through a hanging of the greens ceremony.