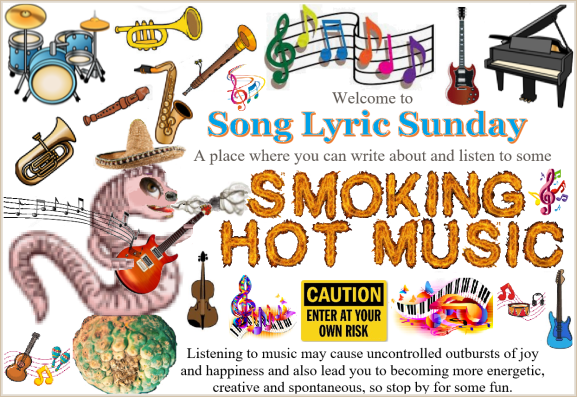 Jim Adams is the anatomically-oriented host of Song Lyric Sunday.  Jim says:
I am hoping that responses will be more evenly distributed with this week’s prompt being Arms/Elbows/Knees/Legs. 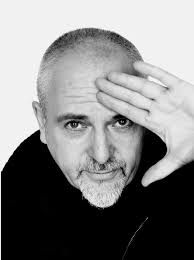 Peter Gabriel is the fourth eponymous album released by English rock musician Peter Gabriel; in the United States, the album was originally released under the title Security on September 8, 1982.  As with his previous three albums, the album had no title other than Gabriel’s name.

The songs on the album cover a wide variety of subject matter. “The Rhythm of the Heat” is based on Carl Jung’s experience while observing a group of African drummers. “San Jacinto” reflects on the fear and pain experienced by a Native American man who sees his culture overwhelmed by modern white society, its lyrics based on a story told to Gabriel by an Apache member. “Shock the Monkey”, a meditation on jealousy, uses imagery of a primate to describe personal anxieties. “Lay Your Hands on Me” deals with a theme of healing, through trust, which is further explored on later albums. “The Family and the Fishing Net” is a song comparing a modern-day wedding to a voodoo sacrifice. “Wallflower” is about the treatment of political prisoners in Latin America during the 1980s.

In The South Bank Show’s documentary of the album’s recording, the working title for “I Have the Touch” was shown to be “Hands”. In 1983, Gabriel and Peter Walsh re-recorded the track featuring an extended instrumental section, first released as a b-side to the 12″ single of “Walk Through the Fire”, a non-album track from the motion picture Against All Odds in 1984. An edited remix of this version was later released on the 12″ single of “Sledgehammer” and the 1990 compilation album Shaking the Tree: Sixteen Golden Greats. In 1996, Gabriel remixed “I Have the Touch” with Robbie Robertson for the movie Phenomenon. For the first time, the song charted. This version was released on the 2002 compilation album Hit.

Two versions, one has stills, and one has Peter and crew in the recording studio.

11 thoughts on “#SLS — I Have the Touch by Peter Gabriel”