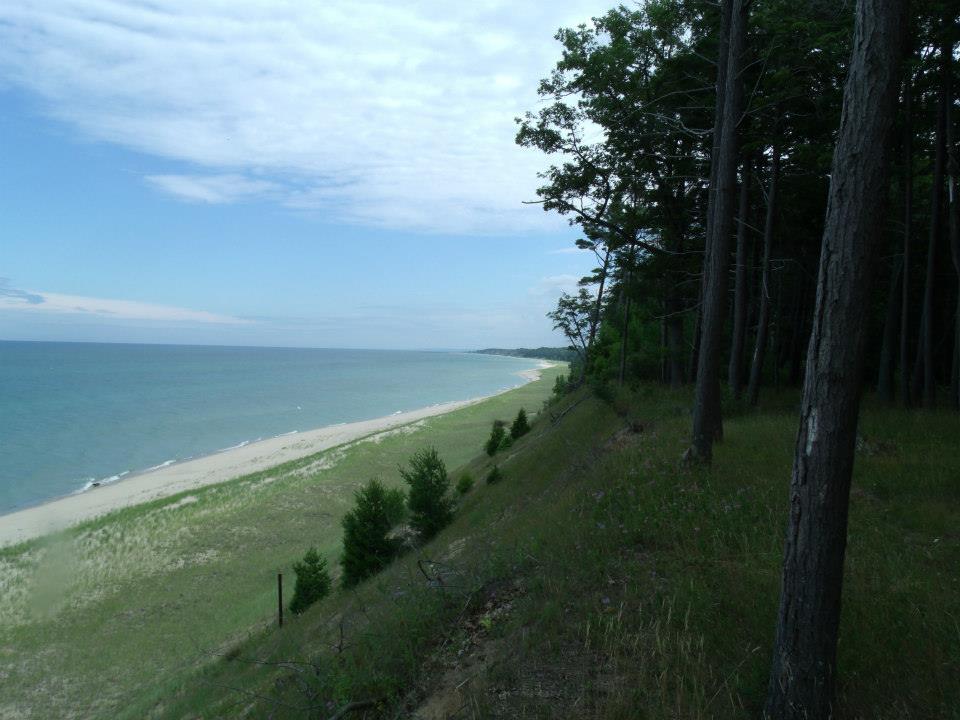 For those of us who live along the western edge of Michigan, the lake is in our back yards. I’ve never lived more than five miles from the lake (for long) as the water pulls me to it. Beyond the water though, the sand dunes act as both a buffer to any weather that comes at us from across it eastward and as a warm-up to climb before getting to the reward of the water. People who live here accept the dunes and water as a complementary pair.

Unless a hiking path is going over a major one, most curl and weave through them and forests that clothe them, at least on one side. Most are half-dressed, exposing half to the water, the sun, and the wind. This side is vulnerable to the elements. The other half is covered by beech, maple, evergreens, and undergrowth. The flora and their leaves, which turn to humus, help stabilize the slippery sugar sand. It’s much easier to walk on stabilized paths.

Frank J. Tassone is today’s host at dVerse.  Frank says:
Whatever your pleasure, today, let us write haibun in which we use the word “hike,” alluding to whatever context we find most meaningful. For those new to haibun, write a prose paragraph or two, followed by a haiku, in which you include a seasonal reference, and a complement of divergent images that provokes insight.