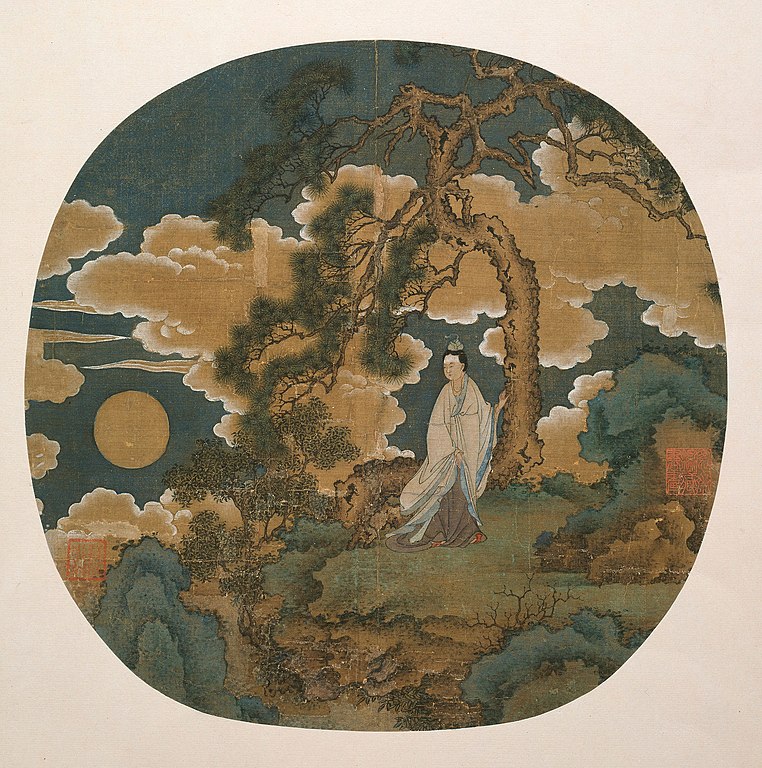 From Traveling China Guide
Chang’e (Chang E) Flying to the Moon is the most widely told Mid-Autumn Festival legend. It is said that in ancient times, ten suns existed in the sky and the extreme heat made people’s lives very difficult. It was the hero Hou Yi, who, using his great strength, shot down nine of the ten suns. Later, Hou Yi married a beautiful and kind-hearted woman named Chang E and lived a happy life.

One day, the Queen of Heaven presented Hou Yi an elixir which, if took, would help him to ascend immediately to heaven and become a god. Hou Yi took it home and asked Chang E to keep it. Unfortunately, a villain named Pengmeng got to know this, broke into their home and demanded Chang E hand over the elixir while Hou Yi was out hunting. In a moment of desperation, Chang E swallowed the elixir. Reluctant to leave her husband, Cheng E tried her best to fly to the moon, the nearest place to the earth in heaven. Houyi missed Chang E a lot, so on the day of the full moon he placed on tables foods that Chang E liked. This custom was later followed by folk people praying to the Goddess Chang E for good luck and gradually formed the Mid-Autumn Festival.

This year’s Mid-Autumn Festival
(aka The Chinese Moon Festival) is today!