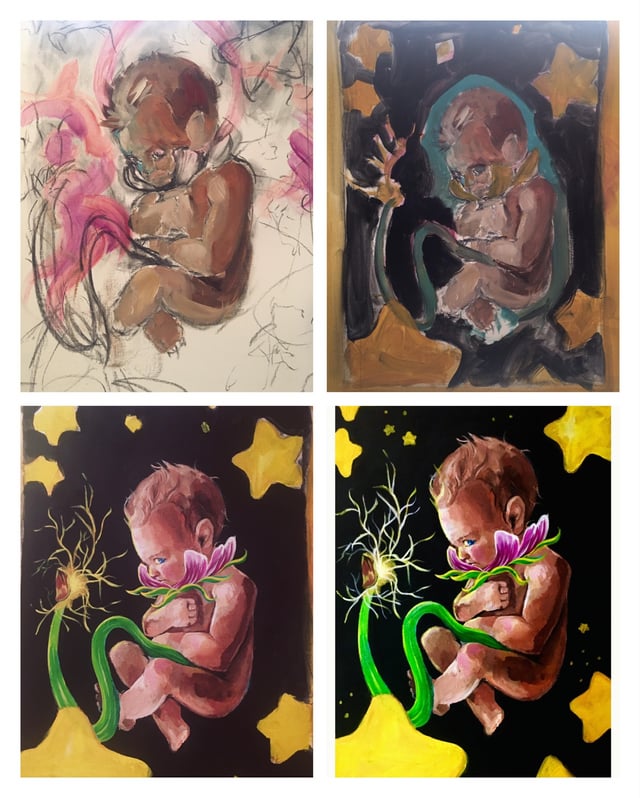 We look at him through the wrong end of the long telescope of Time.
– from Hummingbird, by D.H. Lawrence

Gerald was born at the seventh hour of the seventh day of the seventh month in the year of the dragon. Unlike his six siblings with blue eyes, Gerald’s glittered like emeralds. He never cried yet hummed strange melodies. Instead of saying, “ma-ma” and “da-da” he spoke sentences with words none could understand. He didn’t sit, crawl, or walk, but sometimes they swore his small body floated above the dirt floor of their cottage.

Gerald’s mother took him to Old Mina who lived near the lake. Her abode smelled of sage, rosehips, chamomile, and cooking cabbage. Brass bells tinkled as she bid them enter. Mina searched Gerald’s body for signs, threw the bones, and stared deep into his knowing eyes.

She said, “We look at him through the wrong end of the long telescope of Time. He was sent from a distant star.”

Kim, writing from North Norfolk, is today’s host of dVerse. Kim says:
Write a very short piece of prose [using the above complete line from a poem] that tells a story, with a beginning, a middle and an end, in any genre of your choice. As it’s flash fiction, we have a limit of 144 words; an additional challenge is to hit 144 exactly.