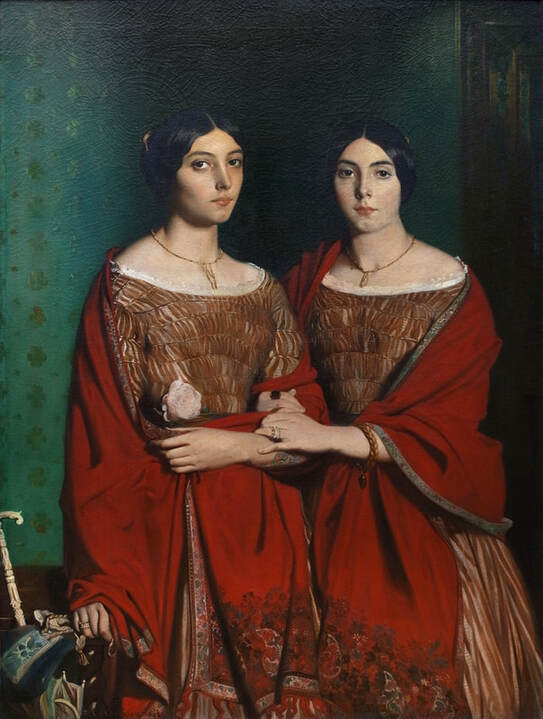 They say infants don’t hold onto memories, but I did. I remember you pushing me in the stroller along a flowered path and Teddy running alongside. I remember you handing me pieces of bread and laughing as I did my best to throw them to the brown and green ducks in the pond. Teddy ran at them and they flapped away — then Teddy fell in. You rushed to pull him out of the cold water. His body shivered as you somehow finagled him in with me in the stroller that chilly spring afternoon and wrapped him in my favorite banky. As you pushed us home, it felt like we were flying. I remember mother yelling at you for your carelessness. I remember mother carrying Teddy in for a hot bath. He got a fever from it and was bound to his bed for weeks. I’m sure this is when he began to draw.

I remember this is when you took to staying in your room and reading books. I also remember hearing you cry in the night, then the gentle click to the door of your room. Where were you going? Or wasn’t that you closing the door?

When I was just learning the alphabet, I remember you and mother getting into a terrible row about your coming-out party when you refused to take part in it. She threatened to write father to ask him to come home to force you. Mother said there was no way she and father would support an old maid. You cried and threw your brush at her. You never did have your party, and father never did come home, even after mother got ill.

Aunt Jeannie and Uncle Herb were more than kind when they offered to have me as co-honoree with Cousin Minnie with her fancy coming-out party in the great ballroom of the Spendwell Hotel. The movers and shakers talked about it for months. When the first waltz of the evening played, Harold was there, in front of me, with his hand out, bowed at the waist. He told me he had had eyes only for me since he saw me walking with you that day on the boulevard.

It’s hard to believe Harold and I have been married three years already. His trust fund has made him not only kind but generous. He never hesitated when I asked if you could move in with us. After Teddy left for Rome to paint, you living in that big dusty mansion alone was out of the question. Do you remember the day we went shopping for gowns? You, who never were much for frills and silk, were captivated by the red-orange striped dress with the matching wrap. It was you who suggested we each be fitted for the same outfit.

You and I living under the same roof again, but without criticism, seemed a dream come to life. What I didn’t expect was how often you needed to lie down to rest. I remember hearing your stifled coughs behind your shut door.

Remember when Teddy finally returned to Paris? He saw us in our matching dresses and insisted he paint us. The painting is all the world has left of you now, but I will remember it all.

My story was an entry in The Ekphrastic Challenge but was not accepted.  If you wish to see the entries that were accepted, you can find them here.

Background info on the painting (from wiki):
The Two Sisters is an 1843 oil painting on canvas by the French romantic artist Théodore Chassériau. Completed when the artist was twenty-three years of age, it depicts Chassériau’s sisters Adèle and Aline. Although the representation of the identically dressed sisters suggests twinship, Adèle (on the left) was thirty-three and Aline (on the right) was twenty-one when they posed for the portrait. It is housed in the Musée du Louvre in Paris, France.