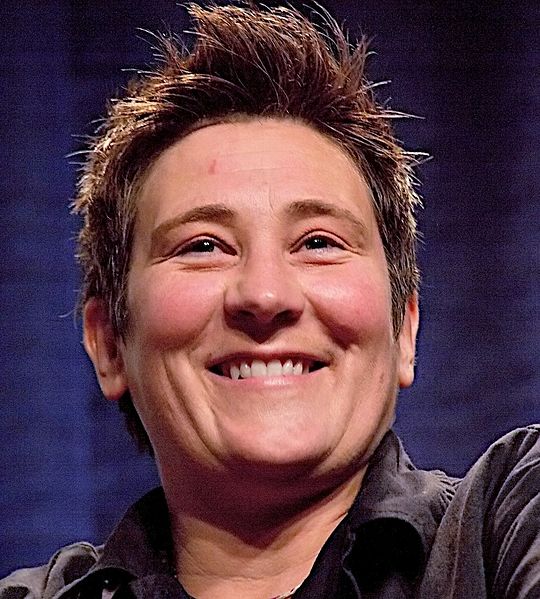 A mezzo-soprano, lang has contributed songs to movie soundtracks and has collaborated with musicians such as Roy Orbison, Tony Bennett, Elton John, The Killers, Anne Murray, Ann Wilson, and Jane Siberry. She performed at the closing ceremony of the 1988 Winter Olympics in Calgary, Alberta and at the opening ceremony of the 2010 Winter Olympics in Vancouver, British Columbia, where she performed Leonard Cohen’s “Hallelujah”. lang is also known for being an animal rights, gay rights, and Tibetan human rights activist. She is a tantric practitioner of the old school of Tibetan Buddhism.

One thing to share:
She received a writing credit for the Rolling Stones 1997 song, “Anybody Seen My Baby?“, whose chorus sounds similar to “Constant Craving”. Jagger and Richards claimed to have never heard the song before and when they discovered the similarity prior to the song’s release, were flummoxed as to how the songs could be so similar. Jagger discovered his daughter listening to a recording of “Constant Craving” on her stereo and realized he had heard the song before many times but only subliminally. The two gave Lang credit, along with her co-writer Ben Mink, to avoid any possible lawsuits. Afterwards, Lang said she was “completely honoured and flattered” to receive the songwriting credit.