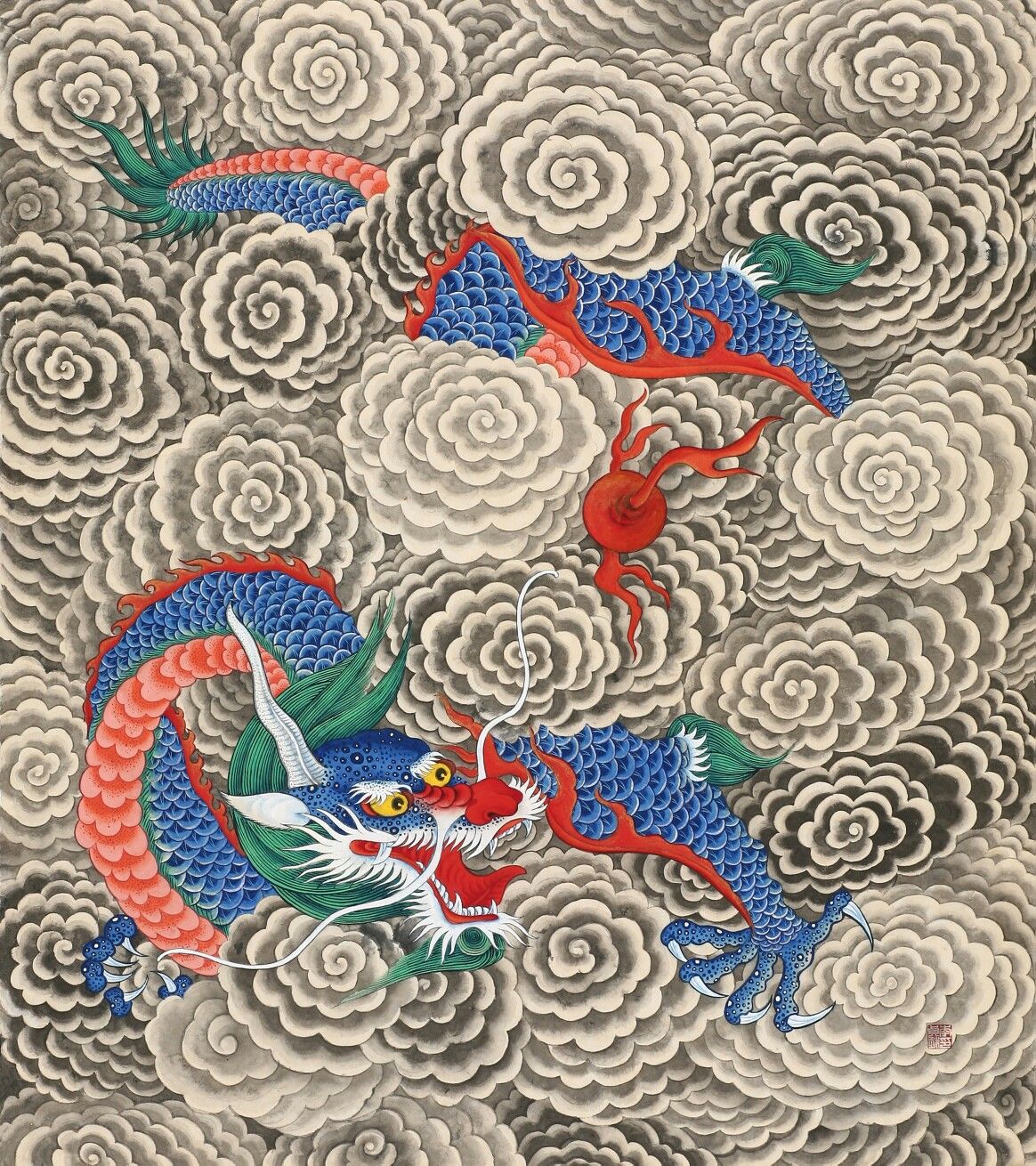 ere twas man / astronaut design
through Fuxi and Nuwa / puppets
to meld feathers / and scales; made them

be both in / yet not of this world
formed of purest yang / nine by nine
backwards are evil / six by six
mixed scales to tangle / their features:

yet we’re ahead / of our story
first are laid the eggs / of to-be
laid deep in the sea / they swim free
for a thousand years / until they
play in mountains / another k
shapeshifting / with man another
until they explode / and transform,

rainbows across the sky / as they,
complete formed / dragons ascend to
heaven / in royal benevolence

NOTE:  I listened to a lecture today by Heinz Insu Fenkl, Director, Interstitial Studies Institute, SUNY New Paltz on dragons in Korean folklore and took notes and used that to write the above cosmology. The 4 Dragon Kings in Chinese folklore carry over into Korean folklore and become 6, where the Korean Dragon King and his fifth son are added to the group. Also noted is that you’ll not see Korean dragons depicted in full display in art as they are not totally of this world. You’ll see them occluded by water, clouds, etc.

Sanaa is today’s host for dVerse’ Poetics.  Sanaa says:
For today’s Poetics, I want you to write keeping in mind the following two options.