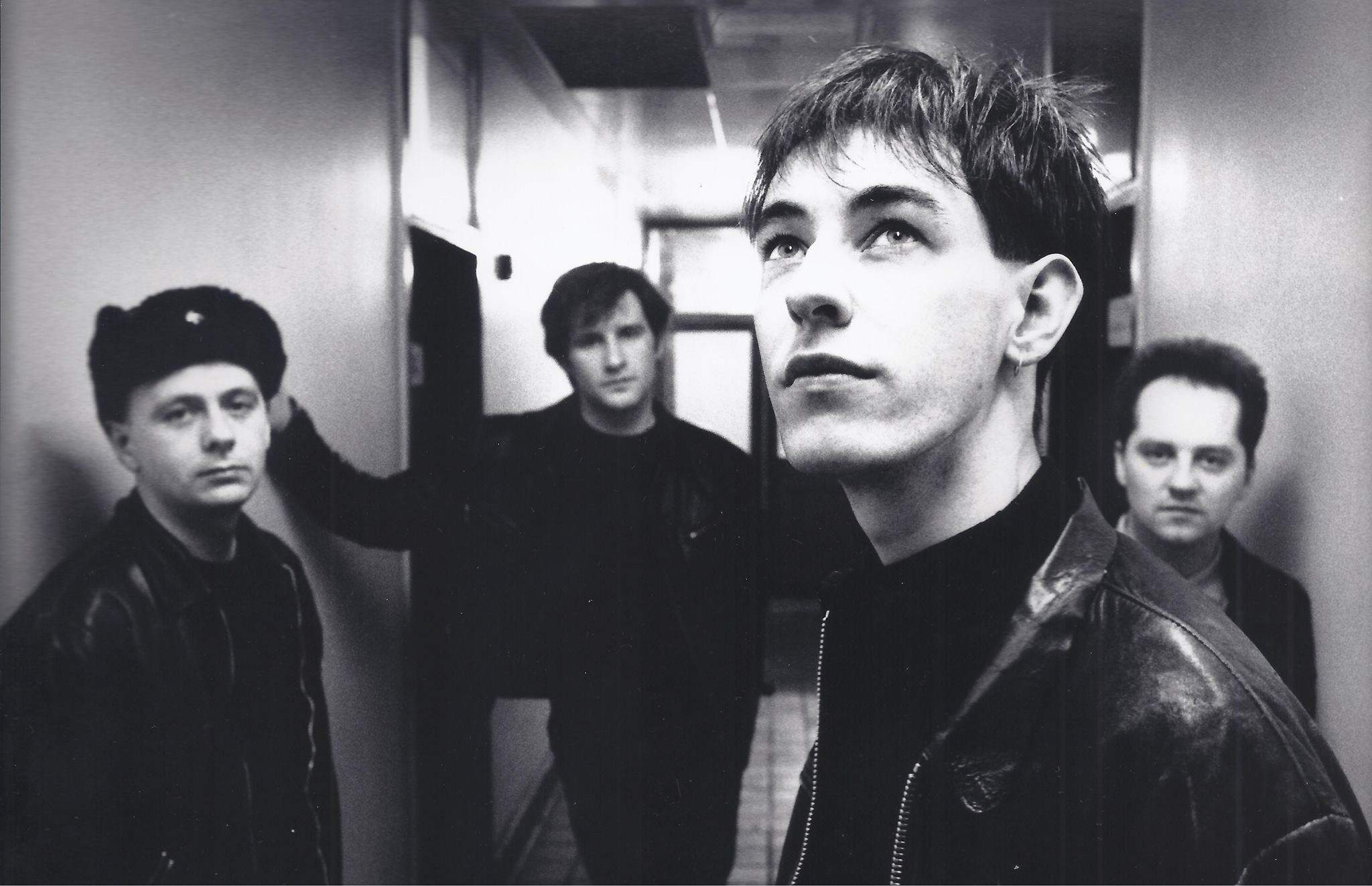 Today’s song is the 5th track on the 1st disc of The Brit Box. It’s called “My Biggest Thrill,” by The Mighty Lemon Drops. Released on the album, “Happy Head,” in 1986, it was also released as a single. I love the guitars!. The song’s sound reminds me of, “Gloria” by Van Morrison with a little Morrissey thrown in for good measure.

Originally called the Sherbet Monsters, the quartet (Paul Marsh, Dave Newton, Tony Linehan, and Keith Rowley) first formed in the spring of 1985 in Wolverhampton, in The Black Country. Paul Marsh, Dave Newton and Tony Linehan had played together in a band called Active Restraint in 1982, with Newton later leaving to become a founding member of the Wild Flowers. Dave Newton and Tony Linehan were the principal songwriters for the group. Their sound can best be described as a more psychedelia-influenced post-punk, played with a ringing Rickenbacker guitar as the lead instrument. They drew comparisons to Echo and the Bunnymen, who were also influenced by psychedelia.

After appearing on NME’s influential C-86* compilation, the band signed with Geoff Travis’ new Chrysalis subsidiary Blue Guitar in the U.K., and with Sire in North America for their debut album Happy Head. The album was well-received and was reported by a Sounds magazine critics poll to be one of the 50 best albums of 1986.

They made 5 studio albums, 2 live albums, 2 compilation albums, had 11 singles and 1 EP.

You can find a detailed breakdown of them here, as well as a gold mine of other things like photos, interview links, etc. about the band.

C-86 In 1986, the British music weekly NME issued a cassette dubbed C-86, which included a number of bands — McCarthy, the Wedding Present, Primal Scream, the Pastels, and the Bodines among them — influenced in equal measure by the jangly guitar pop of the Smiths, the three-chord naivete of the Ramones, and the nostalgic sweetness of the girl group era. Also dubbed “anorak pop” and “shambling” by the British press, the C-86 movement was itself short-lived, but it influenced hordes of upcoming bands on both sides of the Atlantic who absorbed the scene’s key lessons of simplicity and honesty to stunning effect, resulting in music — given the universal label of “twee pop” — whose hallmarks included boy-girl harmonies, lovelorn lyrics, infectious melodies, and simple, unaffected performances.

I know you tried to hurt me
Seen it in your face
You took my world, my world, my world its not a pretty place
It would be so good if I could keep all up my head
Cause it took so long to forget about the things you said
Now that my thrill
Started a diamond hill
You were my biggest thrill