Aside from Halloween and Easter, Christmas is the season with a lot of candy lying about.  Last night, for some reason I was thinking about candy I like and candy I don’t like.  Starting with candy that I find to be inedible, two come to mind:  orange circus peanuts and Milky Way bars. 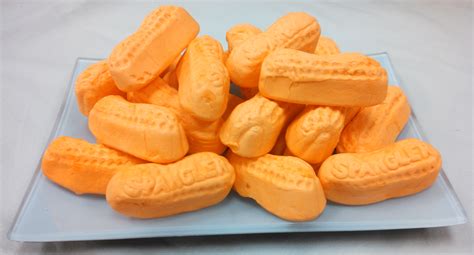 One site lists orange circus peanuts’ ingredients as sugar, corn syrup, gelatin, pectin, soy protein, food coloring and artificial (banana) flavor.   Is it any wonder I literally vomited after eating one of these as a kid?  Believe it or not, circus peanuts have been around since the 1800s!

Milky Ways, which have been around since 1923, aren’t all bad.  I like the chocolate and the caramel layer; it’s the “nougat” that makes them inedible for me.  Looking at a few recipes out there, the nougat part is marshmallow fluff and nutella.  Interestingly I like both of those, but when mixed, and to have the nougat be such a large percentage of the bar, it becomes overwhelming.

My grandpa had a sweet tooth and made a habit of buying candy when he went shopping.  Brach’s was a popular brand at the time.  He bought Bridge Mix and Maple Nut Goodies a lot.  I inherited my grandpa’s sweet tooth.  Even though I haven’t eaten one of these in forever I still salivate at the thought of them.  The Internet Candy Society waxes poetic about them here.  The Brach’s site describes them as, “These goodies feature roasted peanuts nestled in crunchy toffee. But it’s the maple coating, made with real maple syrup and added flavors that make this candy so special.”  The combination of flavors is just right. 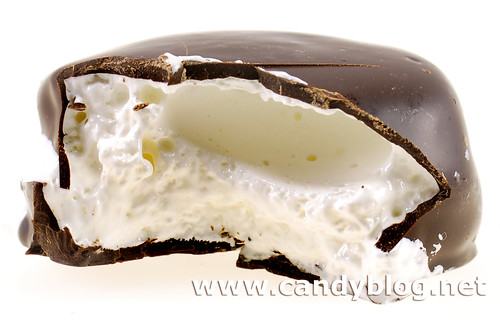 This is another one I haven’t eaten in years but salivate at the thought of.  Again I was introduced to it when I went grocery shopping with my grandpa at Plumbs as a kid; then reintroduced to when my mom and us kids moved to a new neighborhood when I was 10, and a nearby restaurant sold them at the check-out area.  There is double magic in this heavenly treat.  The chocolate shell is hard.  It takes a bit of jaw strength to bite through to the perfection of the creamy mint center.  Ahhhhhh!  Trademarked by Russell Stover Candies in August of 1961, the ingredients of the inside are Invert Sugar, Sugar, Tapioca Flour, Egg Albumen, Honey, Salt, and Peppermint Oil.

OK, your turn!  Your thoughts on my selections?  What are your favorite candies?  Your most despised?