The Beatles on The Ed Sullivan Show, Feb 9 64

The Beatles- why are we talking about them still 50 (+) years on?

So, let’s talk about why they remain popular, why they are still relevant, is their ongoing popularity justified?

As a child who was born at the end of the 1950s, I was blessed to have access to a record player and albums of both children’s classics (e.g. Bambi, Peter and the Wolf, Puff the Magic Dragon) and contemporary music. I remember while listening to albums, I would scrutinize the album covers. One modern album was, “Introducing… The Beatles,” released in January, 1964. Examining the album cover right now again, I remember thinking some of the Fab Four’s Fingers were missing and being concerned. Looking back it seems as if my total being was absorbed while listening to each tune as if it were a mini-operetta; each one a world in a child’s mind, with the celestial harmonies, the answering guitars, bass and drums, all working together to tell their stories.

Where virtually all of those early albums fell by the wayside as other popular tunes and artists replaced them, The Beatles remained traveling companions. Just as research has shown how baby ducks “imprint” on any moving figure and consider the figure their parents, I believe Beatles music may have been what my young, developing musical sense imprinted on, where my actual parents became more detached environmental shaping agents.

It seemed as if the boys were always on the radio. Was there ever a time when one song or another wasn’t getting air play? If there was, I don’t remember it. The big hit I remember from the second album was “I Want to Hold Your Hand.” Ah the sweet joy, “…and when I touch you I feel happy inside.” Does it get any better than that?

Their music continued as a familiar friend, even as it became more sophisticated and polished as time went on. The big shift for me was Abbey Road, released in 1969. By then my folks had divorced and my mom and us kids had moved into a new neighborhood. The earth shaker for me was, “Come Together.” Was this the same band I’d imprinted on and followed unquestioningly? Something about the song seemed less dreamy and more sharp-edged. To a child whose life was already in turmoil, the musical shift was disquieting. Maybe it helped me wake up and realize I wasn’t in a kindergartner’s world anymore and that there were more hard-edged truths I’d have to face.

“Get Back,” on Let it Be, released in 1970, was another hard-edged tune for me. The lyrics seemed a little mean-spirited. After recently seeing the 3-part Peter Jackson documentary, “Get Back,” I understand now why they were, but at the time, the song seemed to carry me ever further away from my childhood.

When I got to an age where I was able to earn money babysitting (our family was poor and there was no such thing as allowance!) I began to buy my own albums. (My first two albums purchased were Jesus Christ Superstar and The Sesame Street Album.) I was blessed to babysit for a couple where the dad was an audiophile and had The White Album. He worked third shift and so was sleeping while I babysat. When the kids went out to play I put on the headphones and listened to his many wonderful albums, including that one, where I learned most of the lyrics and every other sound on it (except for the last two songs on side 4.) Again, it transported me back to the mini-operettas of my kindergartnerhood.

Doing a mighty time jump between then and 2018, when I started blogging at WordPress, I found two Beatles Super fans, Hans of slicethelife and Max of Powerpopblog and started to get into them in a big way again. For awhile, Hans was covering them as albums and as singles in his posts, and I learned so much along the way about them. Also around this time, which is when I retired from my job and had a lot more time on my hands, I learned about the priceless resource of my local library and its inter-library loan feature. Soon I was borrowing dozens of CDs, including most of The Beatles discography, which allowed me to become acquainted even more with their music.

Finally, getting to Dave’s questions, why do they remain popular and relevant even today, so many years later than when they began? Their music ignited something back then in a time in the world where civil liberties and other sexual liberations were being expanded along with musical horizons. How many were, like I was, imprinted upon their harmonic gestalt?

When the band split up after Get Back, they may have ended as a musical unit, but each of their notes went on and each blossomed in their own ways.

Over the years, with the vast expansion of digital music sharing, it feels like we are all in a time machine, where we can go musically wherever we want to. We aren’t dependent on whatever the radio deems listen-worthy or what our pocketbooks can afford. Liberal and free youtube, spotify, pandora, etc. streaming music gives younger people a chance to instantly access the old gold that is The Beatles. With, “Get Back” showing the intimate songwriting process and bonding these four shared and choosing to broadcast it on Disney+ even the youngest viewers are also able to be imprinted by their music.

The bottom line for me personally as to why The Beatles remain popular and relevant is that their music stands the test of time. It is as alive and fresh as it was the day it was created. 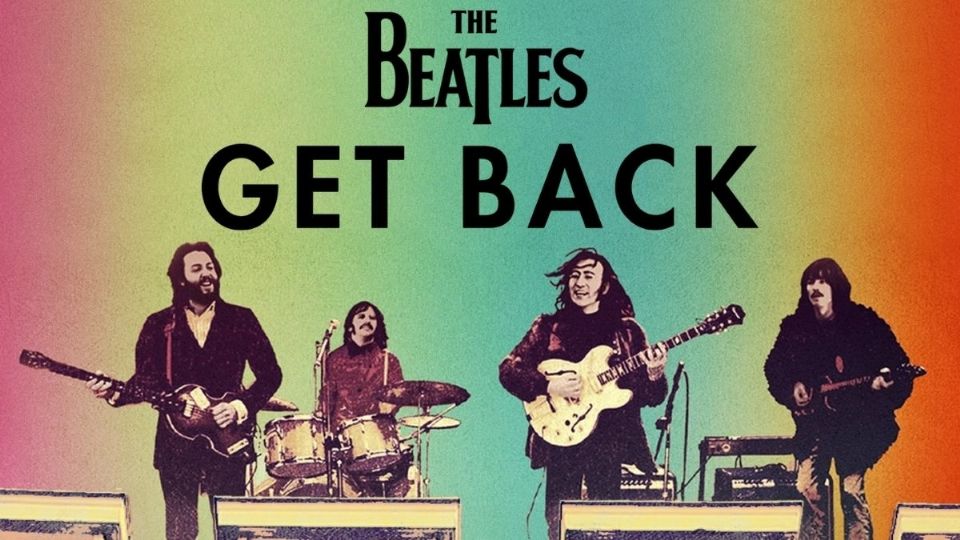 The Beatles at Rooftop Concert