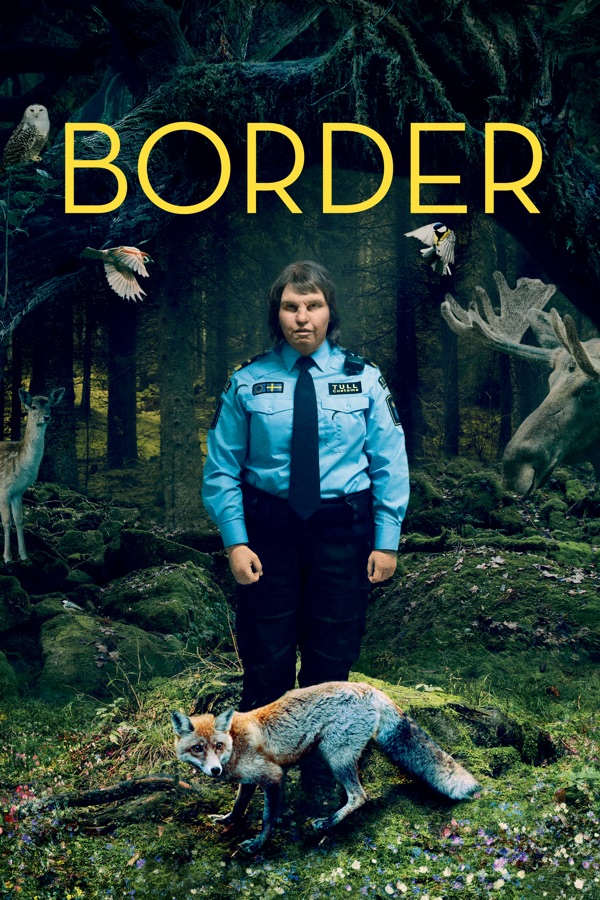 Hello Everybody! Although it has been quite awhile since I was writing my weekly feature, “Movies, Movies, Movies!” I watched a film last night that has me wanting to share about it. I’d heard about it some time ago but could never find it. Lo and behold, I found it at HULU by chance when a banner of it popped up. The film is called, “Border.” The best genre categories it can probably slide into are drama, fantasy, romance, and horror. Now if that combo doesn’t get your spidy senses tingling I don’t know what will.

Border (2018,) (original title is Gräns,) is filmed in Sweden, with a fair amount of it taking place at Kapellskär, Norrtälje, Sweden, a ship terminal. The central character is Tina, played by Eva Melander. Tina is employed in ship terminal security, where she and another officer watch people as they walk through and stop anyone suspicious. Tina is uniquely qualified for the position as she not only has a keen sense of smell but a “sixth sense” that can detect emotions in people. Who needs a metal detector when you have Tina? Tina is a homely woman that looks suspiciously like a cavewoman. It makes her the target of unkind comments. Despite her out-of-the-ordinary abilities and looks, Tina is a “normal” member of society and has the trappings of assimilation such as a nice vehicle, a decent home with some property, and a decent-looking, although somewhat self-centered boyfriend, Roland, played by Jörgen Thorsson. Roland is mostly a layabout but also has three Rottweiler (?) showdogs who, for some reason, hate Tina. Tina’s father lives at a nearby assisted living center and she visits him regularly. She enjoys communing with nature.

Tina’s rather ordinary life changes when two major events happen. One involves her detecting a pedophile that makes child porn and getting involved in the criminal investigation. The other is when a person walks through security who looks a lot like Tina and who gets her senses reeling. As soon as Vore, played by Eero Milonoff, enters the story, things begin to take a really strange turn. Who is he? Why does he look like her? What is he up to? These questions and many more will be asked and answered before the story is over. You know I don’t like to give any spoilers or any hints of spoilers, so you will just have to watch the movie to find out exactly what’s going on.

I see this story working on both a literal and in an allegorical way. The acting by both Milander and Milonoff are excellent. As both of these actors are new to me I had no idea if they really look like they do in the film or if make-up/special effects prosthetics were used; I learned that make-up/prosthetics are used (after watching the movie.) At first the “freakish” look of them is distracting from the story, but after awhile I got used to it. Talking about special effects, there is a distinct choice of quality over quantity. When you see them you remember them and there is no sensory overload like you see in a lot of movies nowadays.

One thing I really like about Border is the building tension as the story unfolds and the mystery of what is going on is slowly revealed. There are both a series of visceral responses to physical revelations and also a growing atmosphere of menace that is most frequently found in horror and psychological thriller movies. At the same time there is a notable dearth of violence or blood in it, which to me, demonstrates the skill level of Iranian Director, Ali Abbasi, who also wrote the screenplay.

One lesson learned, or lesson to take from the story includes, being different than others should not be judged as undesirable, as it may distance you from the homogenous majority; yet it also can lead to meeting others who are different that you resonate with. Another is that you may be significantly different than the homogenous majority, yet still feel affiliated with them in ways that are important to you. A final important lesson to take away from the film is that bully targets can learn how to fight back, so bullies beware!

I think that anyone who enjoys out-of-the-box themes in drama, fantasy, horror, and psychological thriller genres will enjoy, “Border.” It’s a story I will not soon forget!