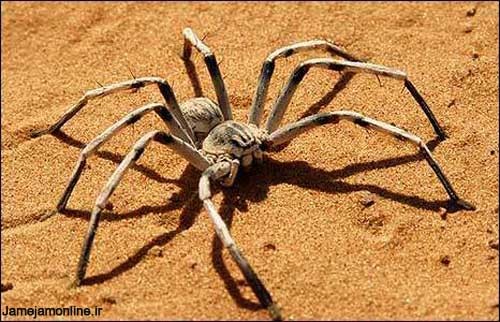 Before they said their lovey-dovey goodnights, they agreed that this thing was bigger than they were able to handle on their own. Jean would speak to Professor Sadek and lay out the hypothesis and share everything they had learned so far and ask what next. Marty would talk with his department head at the university and share likewise, as well as have a family meeting to share with them all. It was a solid plan and they would be getting back with each other with updates.

Ever since Professor Sadek had learned who else was getting permits to dig, she had been on edge. Miss Martha learned that it was a Bekos-Tusk collaboration. Not only that, but the Egyptian government agreed to allow them to keep whatever they found instead of the usual, which was to put discoveries in the Egyptian National Museum. These two corporate titans thought they controlled the world – and perhaps they did. June asked herself what do these future-looking two want with thousand-year-old dusty remains?

Before getting with Professor Sadek, Jean talked with Lok the next morning at breakfast, before heading out to the site.

“Hey Lok, do you have a number on Osiris Bell? I want to talk with him about something.”

“Oh, you want to buy some souvenirs to send home?” Lok smiled and dug into his scrambled eggs.

Jean laughed and said, “Not quite. I’m interested in hearing what he has to say about local myths and legends that aren’t found in the textbooks.”

“I’ll do you one better. How about we ask the Prof if we can show up a little late to the site this morning and I take you over to his shoppe. It isn’t far from here.”

“Hmmm I don’t know… remember what happened the last time you got to the site late?”

Lok remembered. He had had to operate the electronic water screener for a week straight.

“Well, this is different. We’re getting permission first — and I’m sober.” said Lok.

“OK! As soon as she comes downstairs, let’s ask her.”

Professor had no problem with them checking out local legends and myths. It might help them understand what had been going on at the site. Hicks had already called her that morning and said there were slashes on his tent and what looked like blood had been poured into where they’d been excavating.

It was a short walk from the hotel to Osiris’ shoppe, called العنكبوت المرئي / The Seeing Spider, whose sign had a large painting of a camel spider with a third eye on it. The by-line was “We See All. We Know All. We Know What you Want.” Brass bells tinkled as they opened the heavy wooden door to enter. Jean immediately smelled a rich jasmine-sandalwood incense aroma, mixed with that of fresh-brewed coffee. She already felt at home here. There were the usual Valley of the Kings trinkets, mass-produced pyramids and statuettes, small and easy to put in a suitcase for a flight home for tourists. There were also rugs used as wall coverings that would be a little more difficult to ship. Behind the counter were jars of teas and incenses as well as stone incense burners in varying shapes. Jean’s eye was drawn to one that looked like a god with bats on his shoulders. Another, made of nephrite jade, was in the shape of an owl. That one had a placard that said, “Not for Sale.”

Osiris, in his white linen suit, was sitting at one of the tables in the back corner, which was a coffee/smoke shoppe, sipping his fresh brew.

“Lok, my friend! Happy to see you! A little early for you, isn’t it? I thought you were a night bird.” he laughed a rich, carefree laugh that made Jean smile.

“I’ve mended my ways, at least for now, my friend. Boss is on my case, so I have to behave,” said Lok.

“Would you two care for a cup of coffee?” Osiris asked.

Both of them nodded and in turn Osiris nodded to the young man behind the counter. Soon the three of them were sitting around the wooden table sipping in contentment.

Lok said, “We came here today because Jean has some questions about local myths and folklore. Plus we’ve been having some strange things happening out at the site and knowing more about your folklore might help explain. Osiris, this is my fellow student and greenhorn archaeologist extraordinaire, Jean.”

Jean put her hand out to shake Osiris’ hand, but that was not proper etiquette in Egypt. Osiris smiled and nodded and gazed deeply into Jean’s eyes instead and said, “It is a pleasure, my dear. The Seeing Eye knows why you have come.”

Jean felt her body tingling, and something told her he was telling the truth.

They chatted on about frivolous things until their coffee cups were empty, then Osiris rose from the table. “Come with me.” He walked to the back and down a narrow, shadowy hall, to a doorway that had strings of “hippy beads” as a door. There was a flight of broad stone steps going down. At the bottom of the steps was an ornately carved wooden door with an iron handle and a large scrolling lock on it. Osiris pulled out what looked like a skeleton key and unlocked the door.

As soon as they stepped in they could see it was a place of worship. There was an elaborate shrine set up. In the center was a large sculpture of an owl perched on an olive tree branch. The sculpture looked like it was made from stone, but not like any either of them had ever seen before. It glowed in the oil lamp light. The eyes were set with magnificent amber stones that looked alive and observing them.

“Please honor, البومة الأم / Mother Owl by lighting incense for her.” said Osiris and handed them each a stick. They lit their sticks from his and placed them in the sand receptacle in front of the sculpture. The scent of bergamot and myrrh rose in the sacred space.

They were directed to sit down on the soft cushions on the floor in front of the shrine. “Mother Owl has granted answers to your questions.”

What Jean and Lok learned was that there was the religion of Mother Owl that was practiced in the area. Mother Owl was the spirit that traveled between the Deities and the Earth as intermediary between the two spaces. She brought messages back and forth and was imbued with a protective aspect for humans by Queen Neferteri, one of the kinder goddesses. Mother Owl is a spirit of light and brings out the best in human nature for those who worship her.

Of course, there is no light without darkness,” said Osiris. “There are those who would do their best to extinguish the protective light of Mother Owl. The legend has it that a thousand years after the world was created, beings from the stars arrived. They had magic devices that made some believe they were gods and began to worship them. They were able to crawl inside of the minds of men and make them do evil. Their ability use mind control and their thirst for human flesh made them a terror to the human species. Mother Owl flew to The Deities and asked for their intervention to stop these star beings from literally consuming humans until none were left. The Deities were happy to intervene. If humans were gone, who would worship them? They were rather fond of their frail and impulsive creations. Instead of carnage, The Deities created a gorgeous saffron plant that humans loved to use in their cooking. What the star beings didn’t realize is that The Deities made saffron to be a deadly poison to them. When they ate their victims they perished. Most of the star beings succumbed, but a few decided to fly far from Egypt.

Although the star beings are now gone, there remains a human cult of their worshipers. They hold unholy rituals out in the Valley of the Kings on certain nights of the year, and for their rituals they need sacrifices. I’m sure they are NOT happy about you digging up the bones of what they consider their gods out at the site.”

Osiris’ story held them rapt. Jean again got that feeling of excitement and fear that tightened her throat.

Lok said, “What do you suggest we do?”

“You can make sure everyone wears Mother Owl pendants, which will help, but the cult is powerful and has insidious ways to make its will done.”