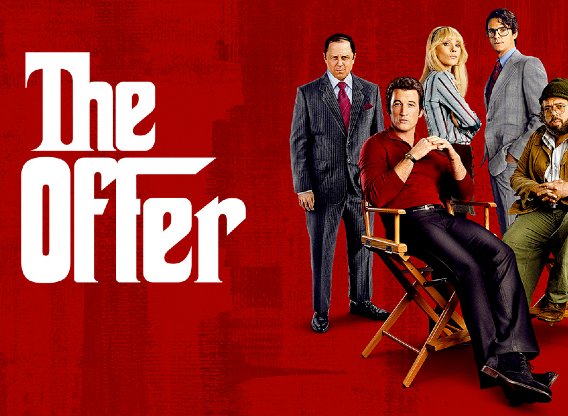 I just happened to come across this in my library database while searching for everything they had that was made in 2022.  Honestly, I didn’t look too closely at the cover and thought it was a documentary on the making of one of the best films ever made, based on the excellent best-selling novel of the same name, “The Godfather.”  Before getting into the details of the series, I’d like to tell you my personal connection to the book and the film.  You’ve heard me talk about being a voracious reader as a kid and getting books via my best friend whose dad was also a voracious reader of pulp fiction.  I also belonged to a book club at school and also in a mailer book club, where 2 books would be shipped by default if you didn’t send the little card back saying no or choosing other volumes to send.  I don’t remember if Mario Puzo’s book was one sent because I didn’t send the postcard back or I chose it, but it was such an excellent read that enthralled me.  I remember being about 15 years old when they made the movie  — not old enough to go see it by myself with its “R” rating.  I was able to talk my mom into taking my friend and I to it by blatant lying, saying all of my school friends’ parents had taken them to see it.  Try to imagine the emotional impact some of those scenes would have on a 15 year-old.  This movie also started a lengthy obsession with Al Pacino movies (that woefully ended when he got plastic surgery.)

Watching, “The Offer” was like bringing the film back to me with all of its thrills — but so much more.  Learning how extraordinarily challenging it was every step of the way to get it made, and learning all of the insider bits and pieces, makes this mini-series a MUST SEE for any serious fan of the book or the film.

The plot’s main character is Al Ruddy, played by Miles Teller, the man who produced the movie.  Both Al and Miles are also executive producers of the series. I’ve seen Miles in a few movies and have liked him but didn’t think he was all that.  This role was made for him!  He’s jumped the star meter with it.

The rest of the cast are absolutely phenomenal in inhabiting the real life people who gave their all to make “The Godfather” happen.

What gives the series its extra hum is how the real life Mafia’s story intertwines with just about every aspect of the book and making of the movie.

Sets, music, costumes, editing, pacing, and everything else click into place for it.  Looking at the special features on the disk, “Easter eggs” are mentioned by several and defined as embedded homages that fans of the show will be delighted in finding.

Have I convinced you yet to see, “The Offer”?