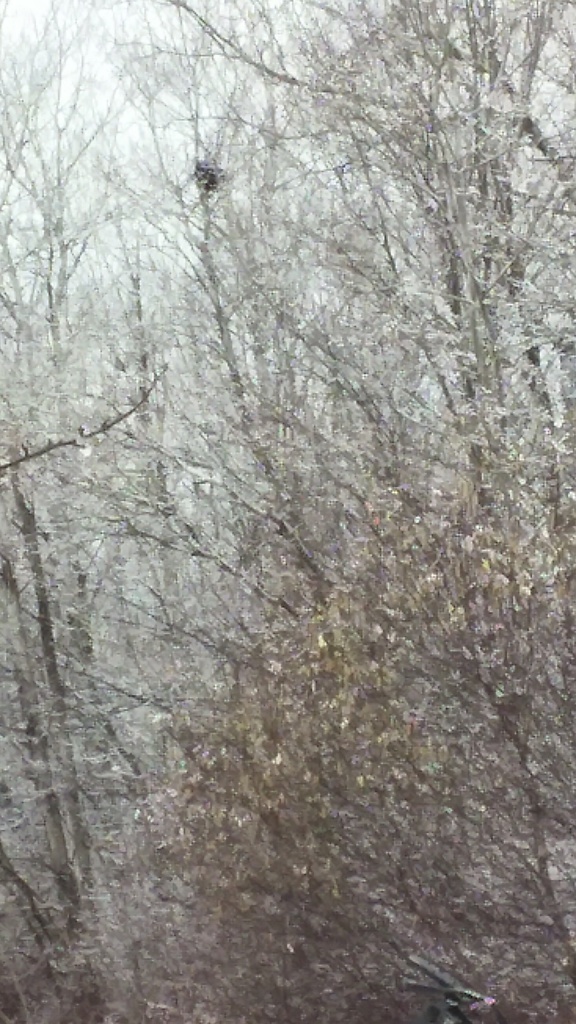 They come down from the trees to gather winter stores, but much of the time they are curled in their cozily constructed leaf nests.  The variety who lives in this nest are the lesser-known Green Squirrels, originally brought from Ireland as honorary parting gifts from kind-hearted leprechauns during the potato famine when so many of their human-sized patrons traveled to America to start new lives.  Like the humans who brought them, the greenies, as they are now affectionately called, have settled into their niches.  They gather the same foods and hunker down in the cold as their tree-dwelling brethren do.

One year we had a family gathering where the furbabies of each family were included.  When it came time to go out with them to do their duty, the pack of them imposed upon the gathering of birds and squirrels by the bird feeders.  Greenie leaped by bounds towards her tree, reaching it just in time.  Sideways from the trunk, just out of reach, she chattered, “Malarkey!” at the furbabies until we all went inside to the warmth.

word of the day challenge — malarkey