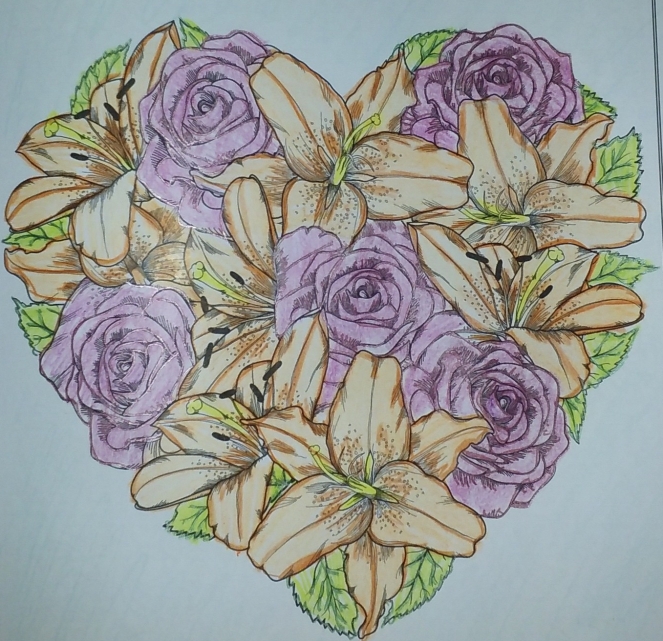 Since I’ve been putting on an LP or CD every time I color, I thought why not add a cut from the coloring selection with my finished product.  This morning I listened to Radiohead’s, “I Might Be Wrong:  Live Recordings”.  This may be the first time I’ve mentioned Radiohead, but they are one of my TOP bands.  Thom Yorke uses his voice like it is a musical instrument, which it is, but it is more.  Jonny Greenwood and the rest of the crew add a nourishing flavor to the brew.  You may have heard that Jonny Greenwood did the soundtrack for last year’s film, “Phantom Thread” and Thom Yorke did the soundtrack for, “Suspiria”.  I have the Phantom Thread soundtrack — it’s excellent! — but haven’t heard the Suspiria one yet…

from wiki:  I Might Be Wrong: Live Recordings is a live album by the English rock band Radiohead, released on 12 November 2001 in the UK by Parlophone and a day later in the US by Capitol Records. Recorded during Radiohead’s 2001 tour, it comprises eight performances of songs from their fourth and fifth albums Kid A (2000) and Amnesiac (2001).