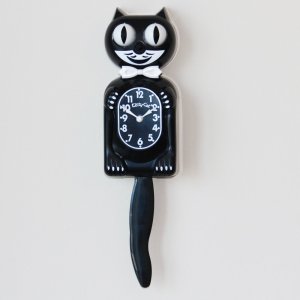 Fandango’s FOWC is retro, the Word of the Day Challenge is jinx, Paula’s 3 Things Challenge words are yellow, campsite, dividend, and Teresa’s Story Starter Challenge phrase is “Who are you, Einstein?”

When Sally finally agreed to go over to Steve’s place, she was not prepared for the retro décor that met her when she walked in. A yellow melamine kitchenette took center stage with matching countertops and backsplash as supporting cast. One giant cast iron-coated sink – in yellow, you guessed it – adorned the space just under the yellow and white checkerboard curtains.

Sally said, “I can see you don’t believe in refurbishing much, Steve.”

On the defensive, Steve responded, “Who are you, Einstein?”

Retrieving the thick coffee table book from the top of the 1950’s Westinghouse refrigerator, then laying it on the polished melamine, Steve said, “Have a seat, Miss Jones, I have something to show you.”

The title, in elegant gilt-embossed letters on the cover, said, “Mid-Century Modern: Why it’s a Good Investment That Pays Big Dividends,” by Jack Jinx.

The first section gave a history of mid-century modern design, a major architect chronology, and what exactly the term meant. The next section told what great demand these types of homes, when left intact and furnished in the original style, were worth. The third section was filled with lovely homes highlighting the features of these style homes. The last section of the book showed a directory of the remaining MCM homes in the United States and Canada, broken down by State and Province, with estimated current value of the homes.

Steve flipped to page 867, and there was his home, The Canary Roost. Next to it was an estimated worth of $3 million dollars.

By this time Sally’s jaw was slack and there was drool running out of both sides of her mouth. Swiping the back of her hand quickly across her mouth and rummaging in her purse for a tissue, she said, “Oh.”

The Kit Cat Klock chimed 11, each chime a meow. Steve yawned and said, “It’s getting late. Whaddya say I take you home?”

Steve opened the passenger side door of his 1968 Thunderbird and Sally slid into the cool leather bucket seat. Staying within the speed limit on the ride, Steve dropped Sally at the front flap of her temporary housing at the campsite.