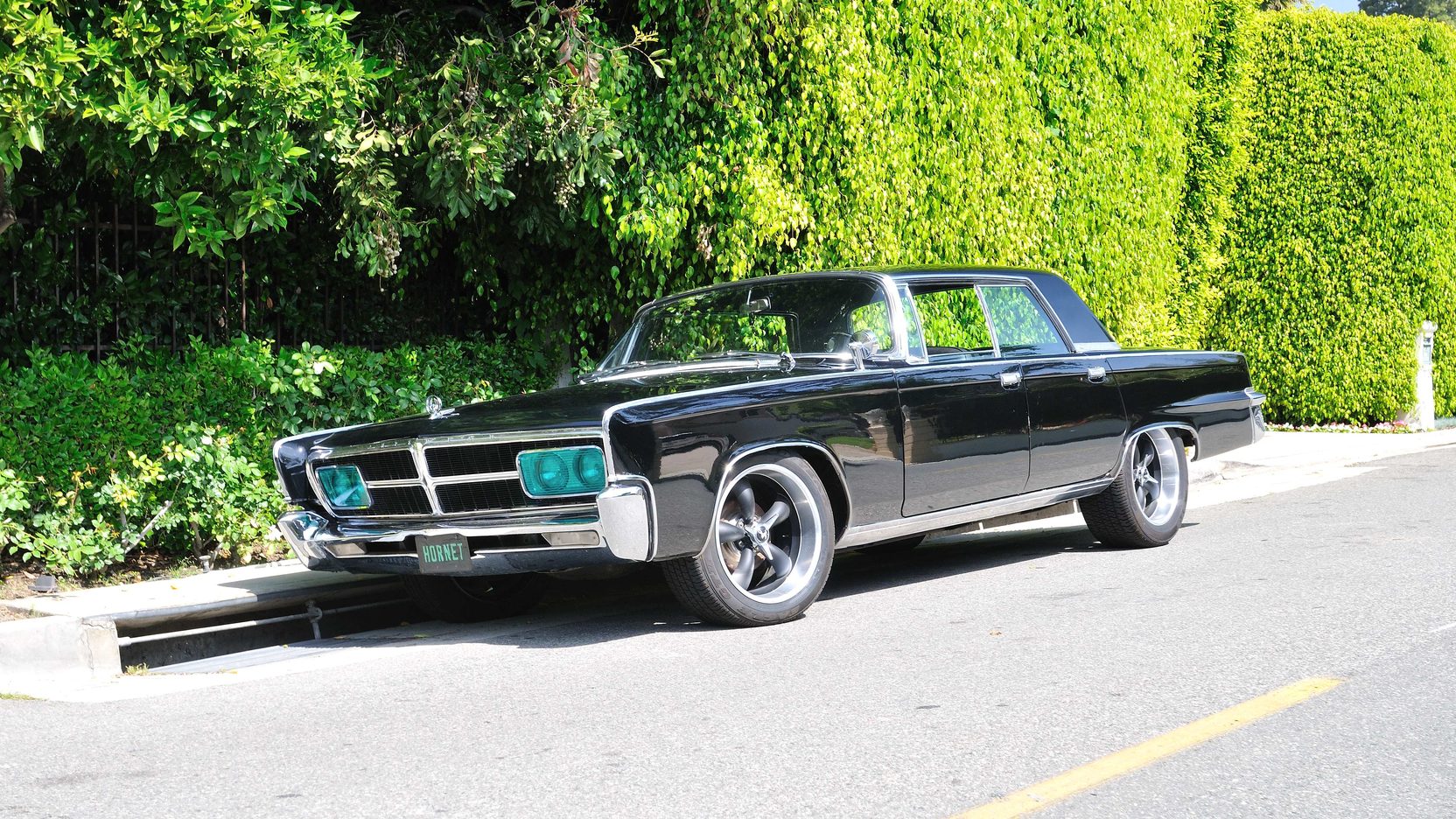 Vert was a 1965 Imperial Sedan Green Hornet. He’d sat on the lot of Sal’s Sweet Deals for a good two years. Day after day, week after week, month after month, Vert experienced the tacit rejection of the stream of customers that spilled through Sal’s lot and chose others but not him. Vert couldn’t believe they chose plastic fenders over his shiny chrome, standard aluminum wheels over his, “custom mag wheels with studio fabricated ‘Hornet’ cluster spinners,” and polyester bucket seats over his genuine leather bench seat. They had no taste and no class!

Then Brid walked onto the lot and bee-lined it to Vert. Brid had seen Vert on a website and hooted loud enough to wake his next door neighbors. Brid had been looking for Vert for a long time. Brid hopped on his 1952 Vincent Black Lightning and peeled out on a mission to acquire the coolest car he had ever remembered seeing.

After a meticulous bumper-to-bumper tactile inspection, dotted lines were signed and plastic was swiped. Brid parked the Vincent in a safe place and climbed behind Vert’s wheel.

Vert’s cylinder’s swelled as Brid put the pedal to the metal. Vert purred like a kitten as they rolled out of the parking lot to the straightaway.  Vert roared like a lion as his thick racing tires spun in place until Brid let out the clutch. Fishtailing out of the village of Nowton and escaping the dutiful wrath of Sheriff Goodsworth, who was eating pancakes at the Saturday morning church breakfast at the other end of town, Vert and Brid merged as one as fence posts whirred past like grooves on a bicycle chain.

Vert’s carb pumped for all it was worth and his pistons sang. His timing chain memories flooded back to when Kato and he roamed the streets, fighting crime. Lost in revery, Vert didn’t notice his cylinders chugging off-key and his fuel injectors jamming – until it was too late. Vert [Brid’s new car] suffered a severe stroke in the middle of the road, and refused to move forward.

Brid’s first call was to his bank, to stop the transaction from taking place. Brid’s second call was to Sal, to have him send a wrecker out to pick them up.

Sal was a shrewd businessman and understood Vert’s need for expensive repairs that would eat up any profits from selling him. He called the Hollywood Car Museum and completed the paperwork to donate Vert to them. Sal was able to write off the full value of Vert on his taxes. Vert’s days of fighting crime and transporting the coolest of the cool people were over, but he stayed polished to a bright sheen and his leather stayed supple as he was admired by thousands every year.

Notes:  I’m not a car mechanic so I apologize for any of the mechanical aspects that might be wrong.  About the car museum, I’ve been to the Gilmore Car Museum multiple times and have seen the (college) girl volunteers with their soft white cloths polishing the dust from the vehicles there.  There are much worse ways to retire as a car.

This week we are diving into the depths of PERSONIFICATION. Our challenge is all about the use of personification in our writing. You will need to use the statement provided in your response – which can be poetry or prose.
Our statement using, personification is:
– His car suffered a severe stroke in the middle of the road, and refused to move forward.

Fandango’s FOWC is spill and the Word of the Day Challenge is rejection.