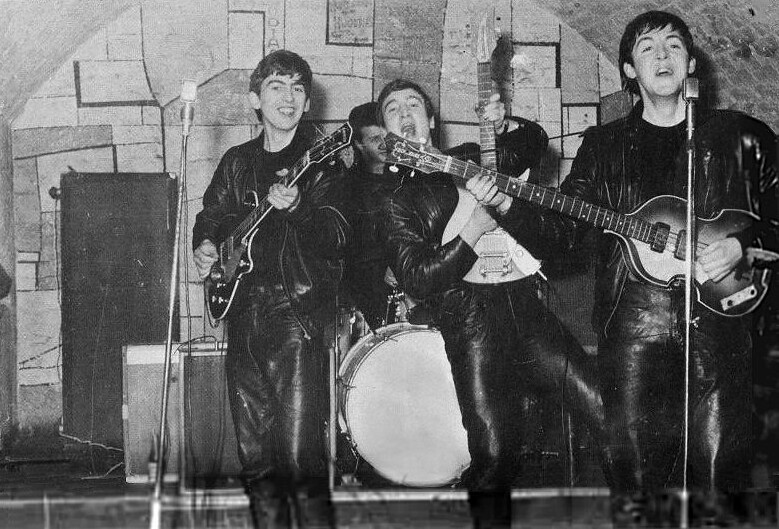 When commercial time travel became reality, I was overjoyed. I would be able to return to the time when The Beatles were together. I was able to purchase front row seats to The Cavern Club for February 9, 1961. My adoration for The Beatles was such that I went way beyond that as well. I had been saving for a long time to make my dream a reality. I bought a one-way ticket to London in November, 1960, and was able to rent an insanely cheap flat near the club. Then I made it my mission to get hired as a waitress there. When tickets went on sale for The Beatles’ first appearance, I snagged one and made sure I had coverage and took the day off from work.

That night, as I stood, swooning, leaning against the wall, George looked over at me and smiled. By the 29th (it was a Leap Year,) we were married.  I continued working at the club and living nearby.  It was so convenient for George and I.  We practically lived at The Cavern in those days.

Fandango’s FOWC is overjoyed and the Word of the Day Challenge is adoration.

per wikipedia:
The Beatles made their first appearance at The Cavern Club on February 9, 1961 after returning to Liverpool from Hamburg, Germany where they had been playing at the Indra and the Kaiserkeller clubs. Their stage show had been through a lot of changes, with some in the audience thinking they were watching a German band as they were billed from Hamburg.  From 1961 to 1963 The Beatles made 292 appearances at the club, with their last occurring on August 3, 1963, a month after the band recorded “She Loves You” and just six months before the Beatles’ first trip to the U.S.