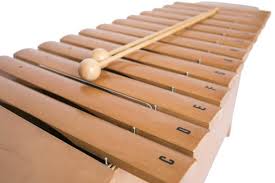 Aria was born with a lisp. Her parents thought it was cute and so did the boys at school. Aria hated her lisp, so she learned to play the xylophone– and stopped speaking; being a bright and inventive child, she developed a language with her xylophone.

Aria was taken to every doctor, psychiatrist, physiologist, and medical expert except the one she needed. Linguistics was an inconspicuous field of study that nobody thought to consider to help Aria.

Although Aria’s family learned her xylophonic language to a point where they could understand her, they never attempted to learn it to communicate back to her with it. Aria’s brow began to knit with disappointment. Would she ever be able to have a real conversation with another person?

Now nearly 30 years old, one night Aria had a dream where she was walking along the desert and saw a mirage where two angels faced each other with two xylophones between them. Around them were a ring of human-sized tongues that were swaying back and forth as the two angel communicated by xylophone. Aria was in ecstasy in her dream – that got cut short when her cat started pawing her face (Aria had been crying out in her sleep, which alarmed her cat.)

Aria couldn’t stop thinking about the dream. She was determined to find out the meaning of it. She put “tongue” in the google search box. Lo and behold the results popped up for language and linguist. She found a linguist just 30 minutes away, at the university. She emailed Professor Ripley Boone, where she described her situation and asked what her thoughts were on it. Dr. Boone emailed back with a terse, “Interesting! When can we meet to discuss?”

The next day Aria drove to the U with her xylophone. She was shocked to see a xylophone sitting on a shelf in the professor’s office.

Dr. Boone told Aria that there was a long rich tradition of tribe members communicating with each other through musical tones and gave Aria a bibliography of research papers and books to learn more.

Dr. Boone then said, “Aria, I wonder if you would be interested in teaching a group of my graduate students your language in the fall term?”

Tears filled Aria’s eyes as she smiled and nodded yes.

Fandango’s FOWC is inconspicuous, the Word of the Day Challenge is knit, and Paula’s 3 Things Challenge words are xylophone, mirage, lisp