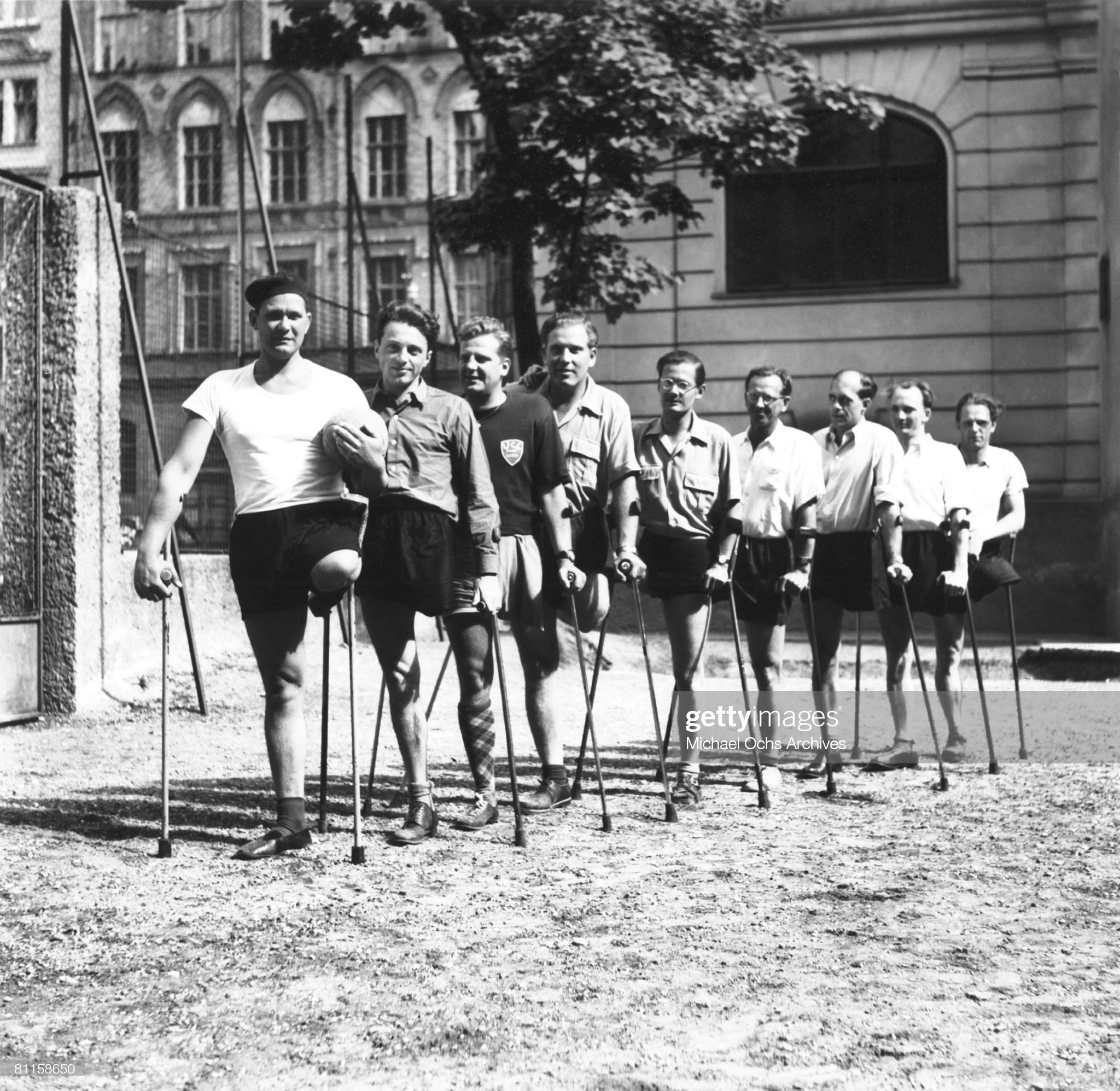 Geonni came home from the war on a stretcher and was minus a limb. Back in those days, prosthetics were of a more primitive nature. Johnny’s was a carved, featureless facsimile made from wood. As polished as the part that met with his skin was, wearing and walking with it left bleeding ulcers that resulted in chronic pain and risk of infection.

Geonni continued to walk and suffer for it. Also, nobody wanted to hire a one-legged man with no formal education beyond high school. Geonni found another way to keep himself busy.

Living in the basement of an Army buddy, Geonni subsisted on his monthly VA disability check. The basement had a gradual incline leading directly outside, so it wasn’t as bad as it could have been if Geonni had to climb the stairs. Geonni didn’t need much money for essentials, and it was a good thing because Geonni’s project took most of his check.

Late at night, when most people were snug in their beds, Geonni would clump step clump step clump step up the incline. Earlier in the day Geonni would transport his materials to the worksite in the old wheelbarrow he was lucky enough to find laying in a ditch that simply needed its tire patched. It took Geonni ten minutes or so to reach his worksite, the abandoned factory.

In the center of the factory was an open courtyard, where the workmen used to gather for lunch hour. The stone picnic tables remained, now cracked and discolored with minerals. In the center of the courtyard was a similarly cracked and discolored fountain. The metal guts of the fountain had been torn out and sold for scrap. The reservoir that had held the pump, motor, etc. was perfect for Geonni’s project.

Geonni spent three years completing the preparation of the space, which involved attaching thin sheets of silver to the floor and walls of the reservoir. Once that was complete, a cover lined with silver was designed to fit snugly over it, then soldered. A human-sized door was cut in the top of the cover with a hasp that could hold any force. A crucible and sand mold were used to design the lock and key for the hasp.

When all was done, Geonni had research to do. He asked his veteran buddies if any of them had heard any news on Lieutenant Vladinska. Hermano knew that Vladinska lived only 100 miles away and was now a Colonel at the base there.

Geonni called another one of his veteran buddies who had a truck and knew the story of Vladinska. Romany had lost his best friend under Vladinska’s command and he wanted vengeance also. He agreed to be a part of the plan. The two drove to the base and waited outside and followed Vladinska to his home, then waited all night, until morning. Early in the morning they slipped in the back door of the home, where Vladinska lived alone. Romany carried the specially prepared bag that would hold a demon.

It took them awhile to find where Vladinska had hidden his lair in the home. It was in the attic of all places. Romany laid out the body bag, then opened the casket where the “sleeping” Vladinska lie. Wrapping Vladinska’s body with silver wire, he stuffed the demon into the garlic-stuffed bag, then pushed him down to the waiting Geonni.

They made it back to their town with an hour before dusk. It was easy to drive the truck back to the courtyard as the whole back of the factory had been reclaimed by the forest and the walls were ground to dust through nature’s design. Gionni’s clump step clump step clump step echoed as they carried Vladinska to the reservoir and then unceremoniously dumped his body into it. As the giant silver lock clicked into place, sealing the demon Vladinska in forever, an unholy scream emanated from it. Geonni and Romany looked at each other; each had a grim smile on their faces.

The plaque installed on the stone floor of the courtyard said:

The Demon Vladinska is entombed here. He is responsible for the entire 2066th Division’s slaughter by enemy troops by commanding they move forward into a known ambush. Further, the bodies of the dead were feasted upon by the demon as they lay rotting in the field. Those soldiers not killed by the ambush were maimed and sent back Stateside. Vladinska was given a Purple Heart for Bravery after this battle.

That night, after Romany dropped him back at his place, Geonni had his first night of fitful sleep since he came home from the war.

Paula Light is the host of Thursday Inspiration.  Paula says:
This week’s theme is demon and the picture is below. Here is the song snippet from “Demons” recorded by Imagine Dragons in 2012: