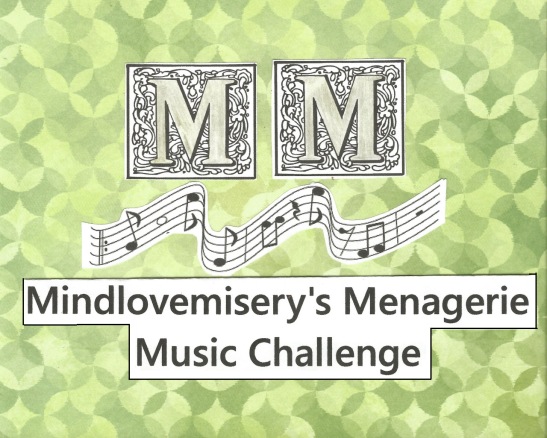 Jim Adams is the motivational host of Mindlovemisery Menagerie’s Music Challenge.
Jim says:
The challenge today is to focus on [New York Minute by Don Henley] and use it for inspiration in any form of creative expression.

“New York Minute” is a new song for me, and I appreciate the background information and interpretations Jim gave for it. The concept that there is an unknown amount of time left for each of us and the time to do things on our bucket lists is now could be called living in the present. In an ideal world, we could up and do whatever strikes our fancy at any point in time; yet for most that isn’t feasible, affordable, etc. If your mindset shifted and you made these items number one priority, you could probably do them all. There has to be an acknowledgement that a person doesn’t exist in a vacuum. In the “instant bucket” scenario, other things would have to give, of their time, money, consideration, etc.

My practical reality is that I believe I have all of the time in the world and that I’ll add items to my list, with a fuzzy idea that someday they will happen. A twin companion to that reality is that time is finite for each of our lives. Some or all of those things on the list may be left undone by the end, whenever the end comes.

When I listened to New York Minute, another song about time came to mind. Its name is “Time” and it is from the classic concept album by Pink Floyd, Dark Side of the Moon. The slow beat of Time is highlighted by the sound of a ticking clock, just as the drummer in the NY Minute video ticks it out. Where NY Minute focuses on a random (or intentional) event having earth-shattering effects on a person, place, or thing, Time keeps ticking along on a slow trajectory towards the last second of life each of us will face. Towards the end of Time, the lyrics speed up and a frantic quality takes over the clock, where, “You run and you run to keep up with the sun but its sinking, racing around to come up behind you again … shorter of breath and one day closer to death.”

I find myself somewhere between a New York Minute and the final setting of the sun. Where exactly, I’m not sure.

Thank you, Jim, for another thought-provoking song and post.

The Dark Side of the Moon is the eighth studio album by British rock band Pink Floyd, released on 1 March 1973 by Harvest Records. Primarily developed during live performances, the band premiered an early version of the record several months before recording began. New material was recorded in two sessions in 1972 and 1973 at Abbey Road Studios in London.

The record builds on ideas explored in Pink Floyd’s earlier recordings and performances, while omitting the extended instrumentals that characterized their earlier work. A concept album, its themes explore conflict, greed, time, death, and mental illness, the latter partly inspired by the deteriorating health of founding member Syd Barrett, who departed the group in 1968. The group used recording techniques such as multi-track recording, tape loops, and analogue synthesizers. Snippets from interviews with the band’s road crew, as well as philosophical quotations, were also used. Engineer Alan Parsons was responsible for many sonic aspects and the recruitment of singer Clare Torry, who appears on “The Great Gig in the Sky”.

“Time” the fourth track and was released in 1973 as a single in the United States. Bassist Roger Waters wrote the lyrics and the music is credited to all four band members. Keyboardist Richard Wright shares lead vocals alongside guitarist David Gilmour.

The lyrics deal with the passage of time – time can slip by, but many people do not realise it until it is too late. Waters got the idea when he realized he was no longer preparing for anything in life, but was right in the middle of it. He has described this realization taking place at ages 28 and 29 in various interviews. It is noted for its long introductory passage of clocks chiming and alarms ringing, recorded as a quadraphonic test by Alan Parsons, not specifically for the album.

Ticking away the moments that make up a dull day
Fritter and waste the hours in an offhand way.
Kicking around on a piece of ground in your home town
Waiting for someone or something to show you the way.

Tired of lying in the sunshine staying home to watch the rain.
You are young and life is long and there is time to kill today.
And then one day you find ten years have got behind you.
No one told you when to run, you missed the starting gun.

So you run and you run to catch up with the sun but it’s sinking
Racing around to come up behind you again.
The sun is the same in a relative way but you’re older,
Shorter of breath and one day closer to death.

Every year is getting shorter never seem to find the time.
Plans that either come to naught or half a page of scribbled lines
Hanging on in quiet desperation is the English way
The time is gone, the song is over,
Thought I’d something more to say.

Home
Home again
I like to be here
When I can