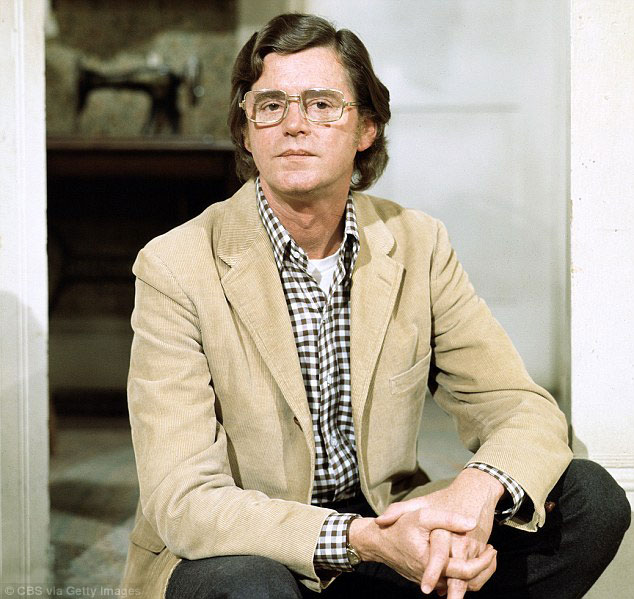 From wikipedia:
Hamner was born July 10, 1923 in Schuyler, Virginia to Doris Marion (née Giannini) and Earl Henry Hamner Sr. The oldest of eight children, Hamner had four brothers and three sisters. The boys, from youngest to oldest, were James Edmund, Willard Harold, Paul Louis, and Clifton Anderson. The girls, from youngest to oldest, were Nancy Alice, Audrey Jane, and Marion Lee.

The family of Hamner’s mother, the Gianninis, were immigrants who came to the United States from Lucca, Italy, in the 1700s. His father’s family came to Virginia from Wales. Until the 1900s, the Hamners were tobacco farmers near James River, Virginia, when they moved to Schuyler, located on the eastern slopes of the Blue Ridge Mountains.

Schuyler was a company town where the economy was based in soapstone mining by New Alberene Stone, and the town was hit hard by the Great Depression when the company and its mines closed. Hamner’s father worked in the mines from the time his oldest son was born until the company’s closing. After losing his job, Earl Sr. could only find work as a machinist at the DuPont factory in Waynesboro, Virginia, about 30 miles away. Due to the distance between home and work, Earl Sr. lived at a boarding house in Waynesboro during the week and traveled back to Schuyler and his family on the weekend. Taking a bus from Waynesboro to Charlottesville and another stop along the way, Hamner’s father would walk six miles to the family home at the end of his weekly journey. Taking that walk on a snowy Christmas Eve in 1933 was the inspiration for The Homecoming, Hamner’s 1970 novel, which became a Christmas special and the inspiration for The Waltons in 1971. During Earl’s growing-up years, the family (all except Earl Sr.) attended a small whiteboard church known as Schuyler Baptist Church. In April 2014, the church honored Earl with a special service in connection with the filming of Earl Hamner, Storyteller.

Hamner was in his sophomore year on a scholarship at the University of Richmond when he was drafted into the Army during World War II. He was first trained to defuse landmines and then transferred to the Quartermaster Corps because he could type. He served in France after the invasion of Normandy. He subsequently attended Northwestern University and then graduated from the University of Cincinnati with a degree in broadcast communications.

From All About the Waltons:
While establishing his career in the broadcast world Earl Hamner rose to prominence as an author.

(From the dust jacket of “Fifty Roads to Town”, first published in 1953):
The author of this first novel is thirty years old, the eldest of eight children. He was born Schuyler, Virginia, a village in the foothills of the Blue Ridge Mountains. Mr. Hamner has been writing since he was seven years old when the Richmond Times Dispatch published his first poem. In between reading everything in sight as he grew up, he milked cows, slopped hogs, caught possums and paid for his tuition at the University of Richmond by working as a dispatcher for a trucking company and census taker. After serving in the army for three years, he returned to Richmond and began to work in radio, first as assistant program director and then moving on to Cincinnati, he obtained a job as radio writer. Mr. Hamner began to work on Fifty Roads To Town during one summer in Arkansas Ouachita Mountains where the state paid 23¢ a head for each crow brought in, but the author’s aim was bad and he returned from the vacation with a fragment of the present novel and flat broke. He gradually worked his way up to New York and a job with a large advertising agency and finally, to NBC as a radio script writer where he is now happily employed.

In 1963, his second book (“Spencer’s Mountain”, published in 1961) was made into a film starring Henry Fonda and Maureen O’Hara. Along with the novels that he would continue to write Earl Hamner made the move from the east coast to California and would write numerous teleplays for various television shows throughout the 1960’s including 8 episodes of The Twilight Zone.

Rod Serling gave Hamner his first break in Hollywood.  Friends since college days, Serling would joke that Earl had given him his “first” job when Rod replaced Earl after he resigned from his position as a writer at WLW, a Cincinatti radio/television station.
In 1968 he wrote the teleplay for the TV movie Heidi.
In 1971 his book “The Homecoming” was turned in to a Television Christmas special.
In 1972 he wrote the screenplay for the animated version of “Charlotte’s Web.”
In 1974 he wrote the screenplay for a story about an Appalacian family (“Where the Lilies Bloom.”)
Based on the success of The Homecoming, the broadcaster, CBS, ordered one season of episodes based on the same characters. As a result The Waltons were born.

Per WCPO in Cincinnati:
…broadcasting historian Martini said the director of “The Waltons” became frustrated because he had to ask many of the 100 or so actors who auditioned to narrate the show to “do it like Earl.” The director finally said to Hamner, “Why find someone else to do it? Why don’t you do it?” That’s how Hamner got a job he held for 10 years and 213 episodes.

Since the focus of my series is on The Waltons, I will stop here with Earl’s career. If you want to learn more about him post-Waltons, check out any of the links listed in this post.