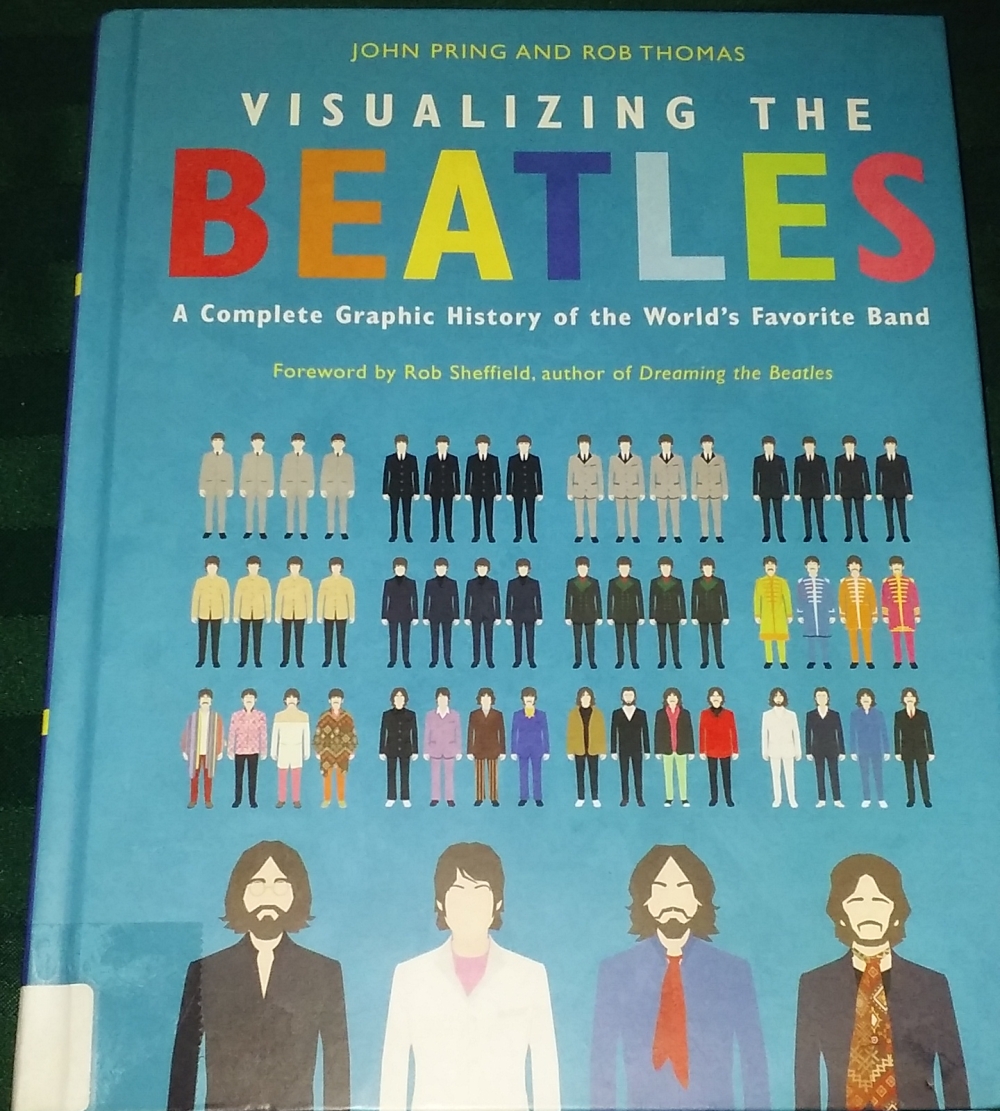 “Visualizing The Beatles: A Complete Graphic History of the World’s Favorite Band,” is written/designed by the duo of John Pring and Rob Thomas; copyright is 2018. I’m covering page 51-150 today. Visually-oriented individuals like myself will find it compelling. These 100 pages have welcomed the pattern but still are throwing new things in along the way.

Today’s part will take the form of a quiz. Without looking up the answers, let’s see how well-versed you are in The Fab 4. Answers will be at the bottom of the post, but don’t look until you’ve written your answers down!   Let me know how many you got right.

It isn’t in the book, but I went out and found their last concert’s playlist:
Rock and Roll Music (a Chuck Berry cover)
She’s a Woman
If I Needed Someone
Day Tripper
Baby’s in Black
I Feel Fine
Yesterday
I Wanna Be Your Man
Nowhere Man
Paperback Writer
Long Tall Sally (a Little Richard cover)
a “tease” of In My Life

I learned about the existence of a documentary by Ron Howard that used footage from this final concert in the comments section of the youtube video. First time hearing of it and now you know what I’m going to do. Yep, see if the library has a copy of it.

The Beatles: Eight Days a Week – The Touring Years is a 2016 documentary film directed by Ron Howard about The Beatles’ career during their touring years from 1962 to 1966, from their performances at the Cavern Club in Liverpool to their final concert in San Francisco in 1966.

The film was released theatrically on September 15, 2016 in the United Kingdom and the United States, and started streaming on Hulu on September 17, 2016. It received a several awards and nominations, including for Best Documentary at the 70th British Academy Film Awards and the Outstanding Documentary or Nonfiction Special at the 69th Primetime Creative Arts Emmy Awards.