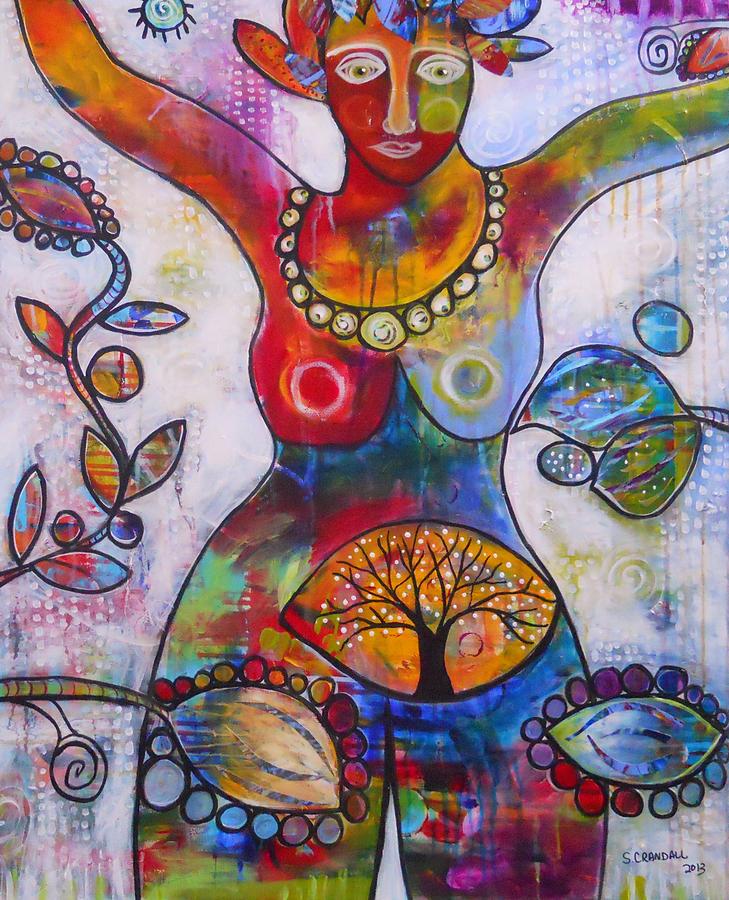 In the beginning, when Mysterious Mother was waving an arm as long as a spiral galaxy, creating all things that spring from her, she made a decision with humans. She had magnanimous love for all of her creations and made them with the skills to have them all playing well together until, at last, they returned to her. The humans presented a challenging case, as with them she decided to supercharge the thinking and feeling aspects of their nature, but at the same time they needed to remain in balance with the rest of her creations. In a way it was like the Mysterious Mother was an artist that was used to confining her work to a 2×3 canvas and then challenging herself to do a wall-sized mural. It was the first time she’d tried such a thing, so in a way humans were also an experiment.

She was tired on Saturday night, but she knew she would rest the next day and so pushed to finish. Her arms felt like great weights and her shoulders sagged. Her eyes grew heavy and her vision blurred. She took a break and ran a nice hot tub and put her favorite vervain-scented bath bomb in, then went to finish humans before climbing into the tub.

Major huffing and puffing and singing sweet melodies accompanied her people weaving. Soon a row of humans were sleeping on a mossy hill, dreaming who knows what, as they were the very first to experience human life. Mysterious Mother smiled and called it good. She wearily shuffled to her hot tub and fell asleep herself within minutes.

As the eons passed, Mysterious Mother watched her experiments, who first wormed their ways into her heart as her favorites. They used the thinking and feeling parts of their brains to create what they called art in many forms. They were the closest creation of hers to her nature. They thought well enough to overcome their lack of other survival attributes including fur in the winter time. Their feeling selves learned to love each other and care for each other as she did for all of her feeling beings.

Over time though, things shifted. Yes the humans continued with their art, their survival, and their loving each other, but something else began to creep in. A sense of entitlement, where their thinking brains rationalized that they were the most important thing on the planet, which in turn bred arrogance. They lost their reverence for the earth and abused it. A blackness on their souls sprouted rationalizations.

Mysterious Mother knows and feels all. She feels the arrogance, backed by rationalizations, of the humans who have ravaged their created kin and have made it standard practice to abuse and exploit members of their own kind without conscience. She feels the sorrow of those whose feeling selves are paralyzed and enslaved to them. Her sorrow dwarfs them all. She who is beyond all reproach must acknowledge humans as a failed experiment. Her task now is to decide how to correct her error.

Write about how these two interact, clash, complement or supplement each other.
This is a free-flow format of no rules, and a space for exploration.

Image:  “Goddess Of Truth” is a mixed media by Shannon Crandall

I am also linking this to Earthweal’s Open Link Weekend.