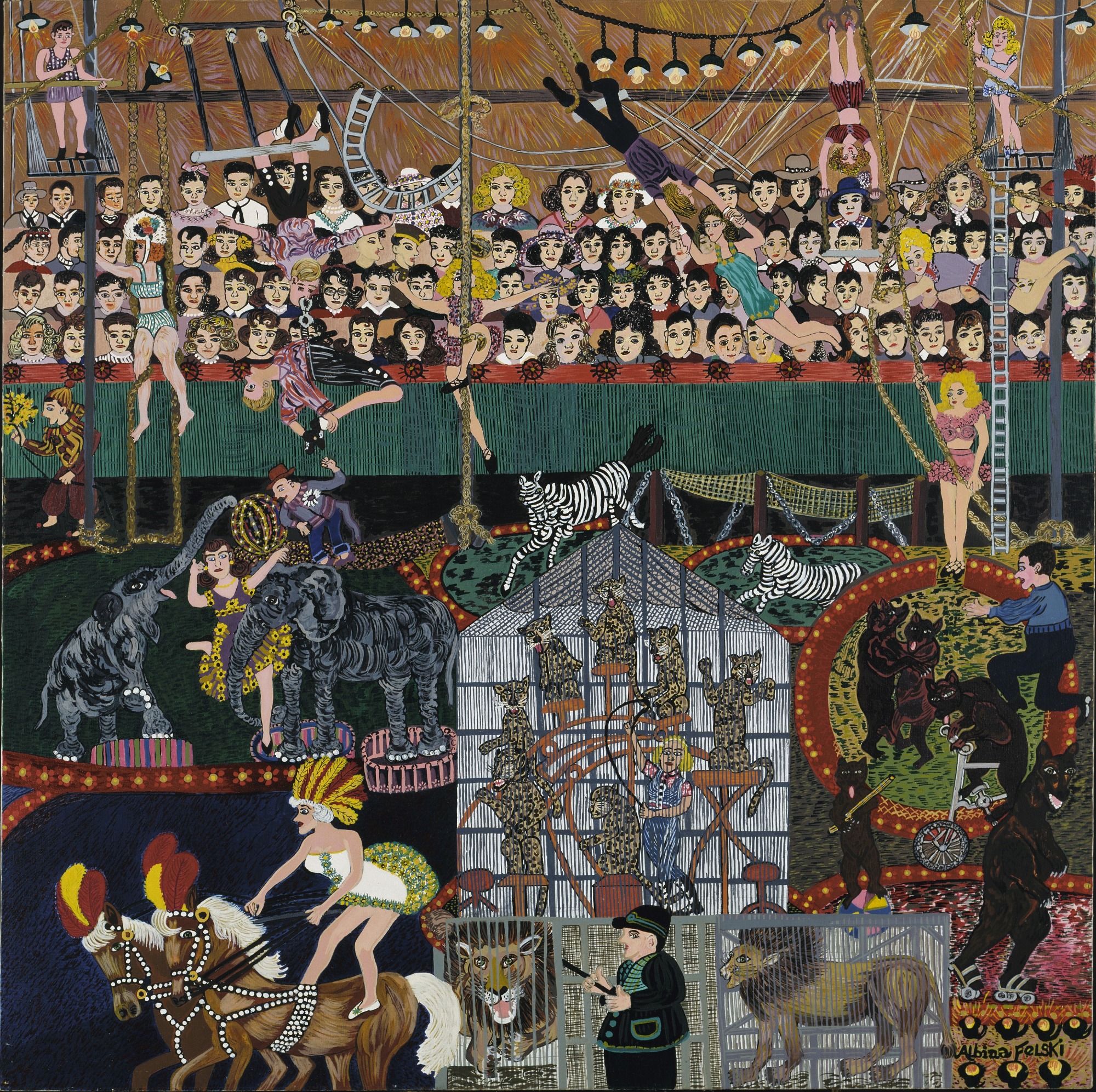 “The Circus” by Albina Felski

As the oldest daughter of a mixed family of full-, half-, and step- siblings totaling 7, myself included, I often was left responsible for care taking all of them while mother and stepfather drank at the bar until it closed. The first accusation came when they took me aside and asked me if I had inappropriately touched my youngest sibling (and only sister.) I would pay a kingdom’s gold to have seen the look on my face. They said she told them I did something to her. I never brought it up to her at any time, but from that day forward, I didn’t like her, even though she was just a toddler. Years later, I learned from the wife of my next youngest sibling that the brother just older than him had forced her and that sibling to act out sexually on each other when he watched. Maybe my little sister was trying to tell our parents about it but it came out sounding like my name? It was all water under the bridge at that point, as by then my sister and I’s relationship was long-estranged.

The second time was at age 18, in my first non-babysitting job, working as a clerk at a small town bakery. Part of the job was using the cash register and leaving a balance of the register at the end of the shift. I’d been there about a year with no problems, when they hired a younger teenager, the daughter of a friend. She also used the cash register. I got a call one day from Mr. K, the owner/baker/boss, and he asked me if I had been stealing from the register. I denied it, and nothing was said again by them about it, but I couldn’t forget his accusation. My loyalty to the place was gone. Being a wild child back in those days, I’d hooked up with a friend of a friend and we were wrapped up in each other. Morning came but I didn’t go to work. I remember Mr. K on the phone, frantic, as it was graduation cake season, and nobody was there to work. I told him I wasn’t coming in, and I never went back.

Too dumb to count plus
too dumb to add two and two –
minus one good worker.

The third time was around age 20, working doing food prep and cashier duties at a pizza shop while going to community college. When I closed, the register was balanced and the money was put in a garbage bag underneath the garbage bag in one of the trash bins. One day, I was paged at the community college and came to the phone. My boss asked me if I had stolen the money. I said no. She said would I please come in to work when done with my classes. I said yes. I remember walking in to the pizza shop; the day shift stared at me accusingly. The boss and I went over the procedures one more time. Yes, I put the money in the bag under the bag in the trash bin. I was allowed to leave and that was that. Later, my boss called back. She’d gone out to the landfill where the bags were dumped, searched through them and found the missing money. The day shift had tossed it in the trash. It wasn’t the accusation that had me quitting there though, it was the high school teacher boyfriend of the boss who moonlighted at the pizza place that continued to sexually harass me in front of one of his male students who also worked there, that did.

Blamed not blaming, but
blamed left for blindness of boss –
kitchen’s too crowded.

Amaya Engleking is today’s host at dVerse.  Amaya says:
Write something that needs to be said, and ‘dance like no one’s watching.’ Don’t be like the tv shows, ever coming up with  the next sensational thing just to get a rise. Go to your most secret place and do something courageous: be yourself. When your poem is posted to your blog, link it up and then read and comment on the other poems. Just in case one of us is captured by the thought police and thrown into prison, the dVerse Poets Pub has been full of stimulating camaraderie, and it was all worth it.