When the people on the TV in a land far away started dying we were detached. When death knocked on our doors in the public places there was denial. When we brought it home to our loved ones, who sickened and died, we began to believe.

As the killer morphed, evading our now-concerted efforts to contain it, the graves dug were deeper, the bodies piled higher. Burrowing vermin desecrated the deepest corpses, where the flames could not reach.

Winter in the northern lands, that normally froze or suspended the pestilence of insect swarms, stopped visiting. Frogs had a population explosion but still were not plentiful enough to control the swarms. Bats, who had been on the verge of extinction for decades, became plentiful again.

The small percent of humans who had the fortitude to imprison themselves at home are the only ones who survived the scourge of the killer virus. We are the ones who stockpiled food, water, and other supplies or grew/foraged food and had off-the-grid energy sources.

A year after the virus won and there is no one left to kill, we few take to the roads in search of other survivors. We are alive. We are alone. Life alone is not enough. 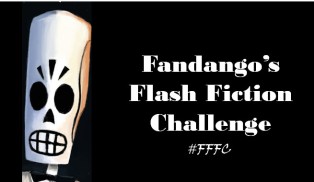 Fandango is the host of Fandango’s Flash Fiction Challenge.