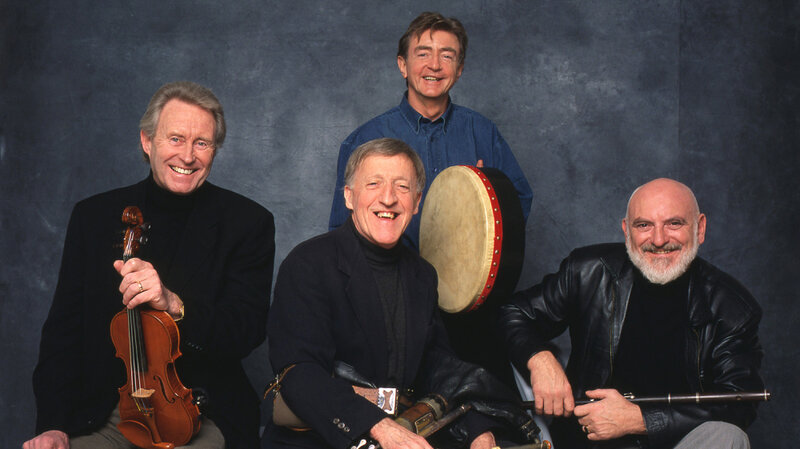 The Chieftains image by Barry McCall

Listening to The Chieftains: Voice of Ages tonight, I am again knocked over by this album. It takes me to another place. My scalp tingles as the music on it seems to activate long-resting atoms. The Chieftains collaborate with a plethora of other exceptionally talented musicians that, for the most part, are unfamiliar to me.

Cut 4, “Lily Love,” by The Chieftains and The Civil Wars, really does it for me.

From wikipedia:
The Chieftains are a traditional Irish band formed in Dublin in 1962, by Paddy Moloney, Sean Potts and Michael Tubridy. Their sound, which is almost entirely instrumental and largely built around uilleann pipes, has become synonymous with traditional Irish music and they are regarded as having helped popularise Irish music across the world. They have won six Grammys during their career and they were given a Lifetime Achievement Award at the prestigious BBC Radio 2 Folk Awards in 2002. Some music experts have credited The Chieftains with bringing traditional Irish music to a worldwide audience, so much so that the Irish government awarded them the honorary title of ‘Ireland’s Musical Ambassadors’ in 1989.

per wikipedia:
The Civil Wars was an American musical duo from Nashville, Tennessee, composed of Joy Williams and John Paul White. Formed in 2008, The Civil Wars won four Grammy Awards prior to their 2014 breakup.

You hide and seek high and low
In every corner of my soul
I almost hear the sound of your heart beating
Oh, like it’s my own, my little lily love

You hide and seek every day
You just get farther away

What, what kind of world
Would take a sweet wild flower
And pull it up from the ground
My little lily love

Oh, down by the sea, there is a crown of daisies
I’ll never forget my little lily love