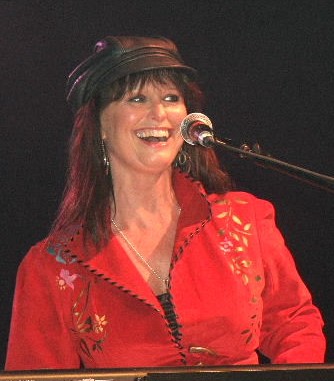 Mirriam Johnson (born May 25, 1943), known professionally as Jessi Colter, is an American country music artist who is best known for her collaborations with her husband, country singer and songwriter Waylon Jennings, and for her 1975 country-pop crossover hit “I’m Not Lisa“.

Colter was one of the few female artists to emerge from the mid-1970s “outlaw country” movement. After meeting Jennings, Colter pursued a career in country music, releasing her first studio LP in 1970, A Country Star Is Born. Five years later, Colter signed with Capitol Records and released her first solo single, “I’m Not Lisa”, which topped the country charts and reached the top five on the pop charts. In 1976 she was featured on the collaboration LP Wanted: The Outlaws, which became an RIAA-certified Platinum album.

One thing to share: Jessi put out an album of songs based on Psalms (a book of The Bible.) Stephen Thomas Erlewine’s review says:

The plainspoken title The Psalms may suggest a straightforward gospel album, but this 2017 album is anything but straightforward. Jessi Colter recorded The Psalms with Lenny Kaye, the guitarist best known for his collaboration with Patti Smith. The pair became acquainted when Kaye was assisting Colter’s late husband Waylon Jennings in writing his autobiography and, during this time, the writer discovered that the singer would often sit at her piano and improvise melodies to passages from the Book of Psalms. Convinced this was a great idea for an album, Kaye held two sessions in 2007 and 2008 — not long after Colter released the Don Was-produced Out of the Ashes — and then he spent the next several years augmenting the spare sketches with tastefully chosen musicians. The result is striking, unlike anything Jessi Colter has ever released: it’s hushed and haunting, an elegiac testimonial to the power of enduring faith.