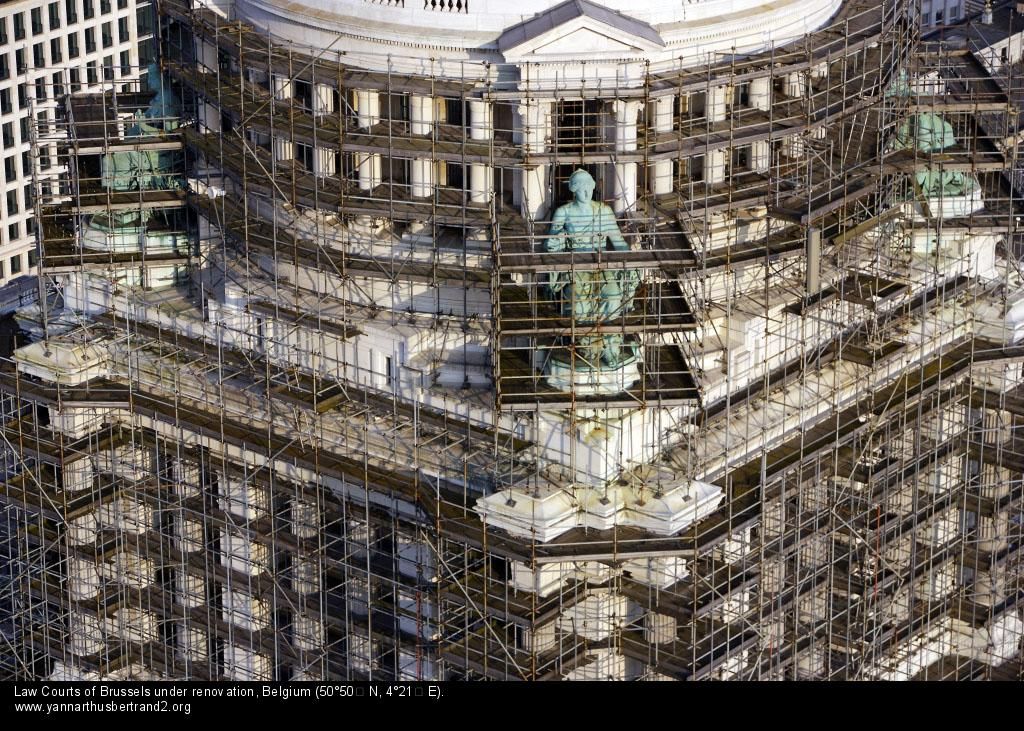 I’ve subscribed to the monthly newspaper, Funny Times, for at least a decade and probably longer.  Regardless of what’s going on in the world, it never fails to make me laugh while at the same time learn about current events in political cartoons and humorous essays.

It’s full of the regular cartoonists and featured collections.  One of the collections is, “News of the Weird,” which is

collected from the mainstream press by the Editors at Andrews McMeel

I read this one and had to share it here with the blogging community:

Government in Action — Most citizens of Brussels, Belgium, have never seen the Palace of Justice, the largest courthouse in the world, without construction scaffolding surrounding it, as renovations on the facade of the iconic building have been mired in red tape and bureaucratic incompetence for most of 40 years, according to The Bulletin.  In mid-March, construction crews finally started work, but not on the building; they arrived to shore up the scaffolding, which has grown outdated and dangerous over so much time.  Officials assert this will allow outside renovations to finally commence and predict the scaffolding will come down by 2030.  Belgians, however, are skeptical.

Learn more about the structure and the scaffolding: