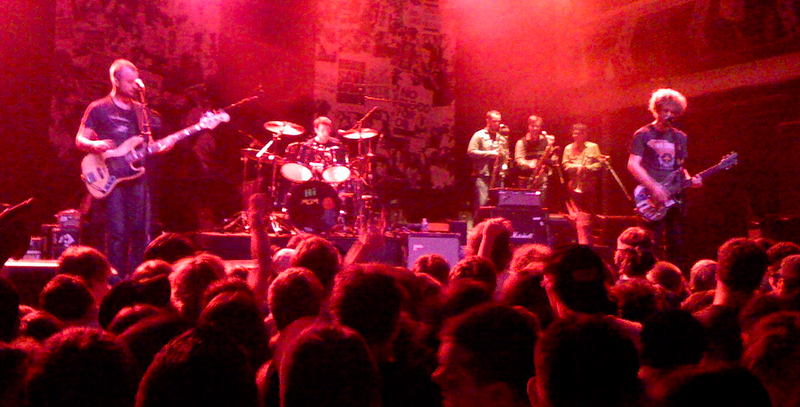 I’m in the process right now of listening to a 4-cd set of Bob Dylan covers by other musicians, called, “Chimes of Freedom:  The Songs of Bob Dylan.”  I am very much enjoying this set and must thank the library system for having it to borrow.  Am not listening in any particular order. Why not straight through you ask?  I don’t know.  It’s just where I ended up, on disk 4.  I was multi-tasking and all of a sudden had to stop when this song started.  What the heck is this song and who the heck is singing it.  I listened through and grabbed the kleenex as it got to my heart in a hurry.  You see, I have 2 sons that are of drafting age — but I would never be this mother.

I never heard of this band before but after hearing this I will make sure I do. State Radio is a Boston-based rock trio comprising singer and primary songwriter Chad Stokes Urmston (also a member of Dispatch), bassist Chuck Fay, and, formerly, drummer Michael Najarian. The band’s songs focus on social and political issues and have been musically described as a combination of reggae, punk and rock.  See wikipedia for more information on the band, as the link above takes you to Chadwick Stokes website who is with another band now.

The original by Bob: