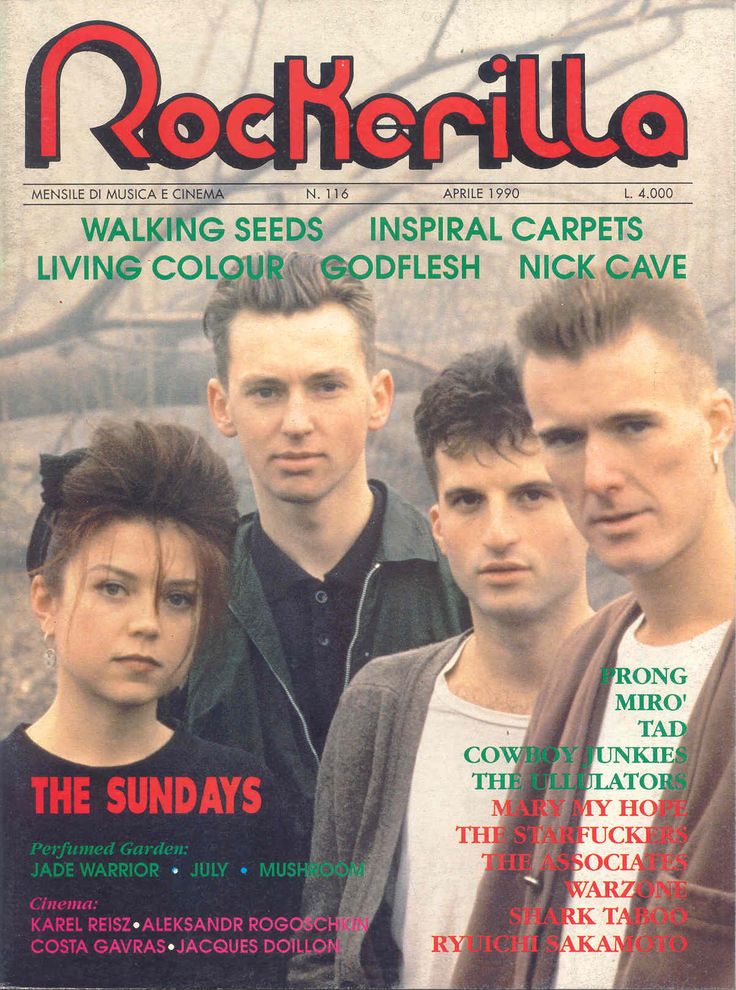 Here we are, at the last track of the first disc of the 4-disc series. I’m very happy at how good these tunes are and how well-liked they’ve been so far. Hoping discs 2-4 carry on in similar fashion.

The Sundays (stylized as The SUNDAYS on all releases) were an English alternative rock band. The band formed in the late 1980s and released three albums in the 1990s.

The band’s beginnings came with the meeting of singer Harriet Wheeler and guitarist David Gavurin while attending Bristol University. Wheeler had played gigs with Cruel Shoes, an early incarnation of the band Jim Jiminee. The duo soon augmented the band with bassist Paul Brindley and drummer Patrick Hannan.

“Can’t Be Sure,” the Sundays’ first single, appeared in January of 1989 and entered the U.K. charts at number 45. The group took a year to record its first album, Reading, Writing and Arithmetic. It was released in 1990 along with their single and the 2nd track on the album, “Here’s Where the Story Ends”. The album title includes a reference to the band’s hometown, Reading, Berkshire. It has been categorized as jangle pop.

It was released to very positive critical notices and unexpectedly entered the U.K. charts at number four. Upon its American release later in the year, the album became a modern rock hit, peaking at number 39. Its success in the U.S. was largely due to heavy radio and MTV airplay for the single “Here’s Where the Story Ends.” The single wound up topping the modern rock charts in America.

Their next album, Blind, arrived the same year, reaching the UK Top 15. The single “Love” reached number 2 on the US Modern Rock charts. After watching the bonus video at the end of this post, I learned that they did a cover of The Rolling Stones’, “Wild Horses,” so I went out and found it.  Not bad!  The band toured in support of these recordings. Their third and final album, Static and Silence, was released in 1997. Singles from it were “Summertime” and “Cry.”

People I know, places I go
Make me feel tongue tied
I can see how, people look down
They’re on the inside

Here’s where the story ends

People I see, weary of me
Showing my good side
I can see how, people look down
I’m on the outside

Crazy I know, places I go
Make me feel so tired
I can see how people look down
I’m on the outside

It’s that little souvenir, of a terrible year
Which makes my eyes feel sore
And who ever would’ve thought, the books that you brought
Were all I loved you for
Oh the devil in me said, go down to the shed
I know where I belong
But the only thing I ever really wanted to say
Was wrong, was wrong, was wrong

BONUS VIDEO:  good general information on the group is in the video