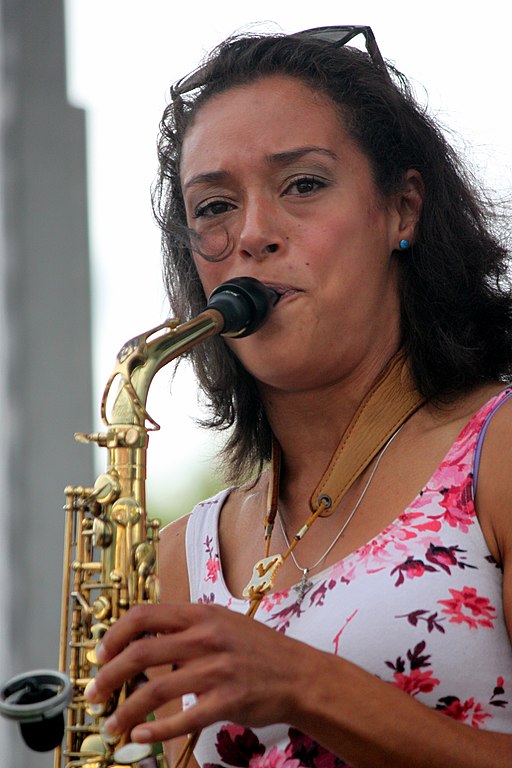 There’s a young lady came onstage with me, I forget where I was,
but she’s playing an alto saxophone, and man, she was amazing.
–Buddy Guy

Those are the words of Buddy Guy in a recent issue of American Blues Scene, describing an impromptu performance with Vanessa Collier on the Legendary Rhythm & Blues Cruise. If you haven’t been fortunate enough to meet Vanessa and witness one of her head-turning, fiery, and passionate performances, you should definitely make sure you do. As a master musician and multi-instrumentalist, Vanessa Collier, weaves funk, soul, rock, and blues into every powerful performance and she is downright impressive. With soulful vocals, searing saxophone, and witty songwriting, Vanessa is blazing a trail, racking up an impressive arsenal of honours, and has already singled herself out as an artist of distinction and one we would all do well to watch.

Collier was born in Dallas, Texas, United States and grew up in Columbia, Maryland.

She has been nominated for seven Blues Music Awards and won one of them in 2019 and another in 2020.

One thing to share: I wasn’t able to find a lot of other information on Vanessa other than the above.  Benn Bell, who had been to one of her live shows, shared this video that immediately won me over. She is stunningly talented.