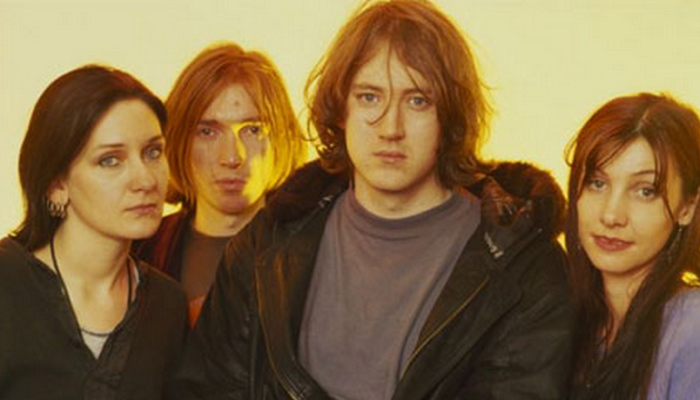 My Bloody Valentine are an Irish-English rock band formed in Dublin in 1983. Since 1987, its lineup has consisted of founding members Kevin Shields [who was born in Queens, NY but moved to Dublin at age 6] (vocals, guitar, sampler) and Colm Ó Cíosóig (drums, sampler) with Bilinda Butcher (vocals, guitar) and Debbie Googe (bass). Their music is best known for its merging of dissonant guitar textures, androgynous vocals, and unorthodox production techniques. They helped to pioneer the alternative rock subgenre known as shoegaze during the late 1980s and early 1990s. They have been active from 1983-1997 and from 2007-present.

Like the Velvet Underground, Sonic Youth, and the Jesus and Mary Chain, My Bloody Valentine redefined what noise meant within the context of pop music.

“Only Shallow” is the first cut on Loveless, their second of three studio albums, released in November 1991. Loveless reached number 24 on the UK Albums Chart and was widely praised by critics for its sonic innovations and Shields’ “virtual reinvention of the guitar.” My Bloody Valentine struggled to record a follow-up to the album [after being dropped by the Creation label] and broke up in 1997, making Loveless their last full-length release until m b v in 2013. “Only Shallow” features Shields’ distinctive guitar sound—a technique known as “glide guitar”—characterized by heavy use of a tremolo bar while strumming.

My Bloody Valentine’s sound is a little more frantic and alarming than most of what has been in the series so far. It was very difficult to understand what was being sung so the included lyrics may be incorrect.

Sleep like a royal subject
Think that you grew
Stronger there