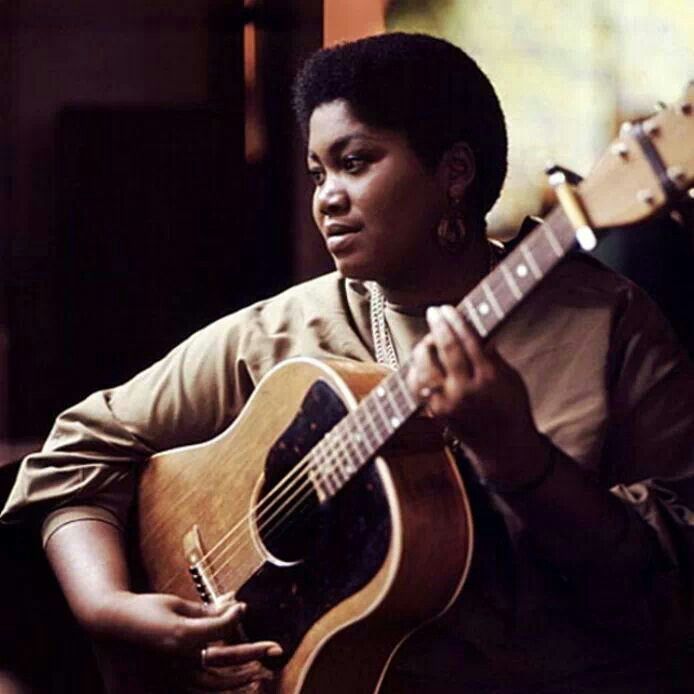 Odetta Holmes (b. 12/31/30 – d. 12/2/08,) known as Odetta, was an American singer, actress, guitarist, lyricist, and a civil and human rights activist, often referred to as “The Voice of the Civil Rights Movement“. Her musical repertoire consisted largely of American folk music, blues, jazz, and spirituals. An important figure in the American folk music revival of the 1950s and 1960s, she influenced many of the key figures of the folk-revival of that time, including Bob Dylan, Joan Baez, Mavis Staples, and Janis Joplin. In 2011 Time magazine included her recording of “Take This Hammer” on its list of the 100 Greatest Popular Songs, stating that “Rosa Parks was her No. 1 fan, and Martin Luther King Jr. called her the queen of American folk music.”

I was able to find bits and pieces here and there about Odetta that I planned on patching together until I found this gem of an article about her in the February 24, 2022 issue of, The New Yorker written by Sasha Frere-Jones, called, “How Odetta Revolutionized Folk Music:  She animated the horror and emotional intensity in American labor songs by projecting them like a European opera singer.” On March 7’s post on Jean Ritchie I shared that Jean was a seeker and collector of old music. In Frere-Jones’ article it shows how Odetta did the same.

Some things to share:
Odetta influenced Harry Belafonte, who “cited her as a key influence” on his musical career; Bob Dylan, who said, “The first thing that turned me on to folk singing was Odetta. I heard a record of hers Odetta Sings Ballads and Blues in a record store, back when you could listen to records right there in the store. Right then and there, I went out and traded my electric guitar and amplifier for an acoustical guitar, a flat-top Gibson…. [That album was] just something vital and personal. I learned all the songs on that record“; Joan Baez, who said, “Odetta was a goddess. Her passion moved me. I learned everything she sang“; Janis Joplin, who “spent much of her adolescence listening to Odetta, who was also the first person Janis imitated when she started singing“; the poet Maya Angelou, who once said, “If only one could be sure that every 50 years a voice and a soul like Odetta’s would come along, the centuries would pass so quickly and painlessly we would hardly recognize time“; John Waters, whose original screenplay for Hairspray mentions her as an influence on beatniks; and Carly Simon, who cited Odetta as a major influence and told of “going weak in the knees” when she had the opportunity to meet her in Greenwich Village.

I found this 36-minute interview with Odetta in 2003 at The Library of Congress.