Before we get into the Women Music March featured artist of the day, Maria McKee, it is my pleasure to let you know today’s post is written by my good blogging buddy, Max Gower, whose blog, PowerPop… An Eclectic Collection of Pop Culture is one I visit every day. Thank you so much for writing this, Max. I knew you would do proper honors to this exceptional musical artist.

“The greatest girl singer any band could have.” — Dolly Parton

When you get that kind of an endorsement from Dolly Parton, you are doing something right. Maria McKee was a little different than her peers in the 1980s. She helped form a band called Lone Justice in 1982. They were one of the founding acts in the cowpunk movement, a roots revival scene that merged country and rockabilly with touches of punk. Great movement…wrong decade. Country rock wasn’t exactly at its height with New Wave and Hairbands as far as the eyes could see.

Lone Justice did have their supporters like Dolly Parton, Johnny Cash, Linda Ronstadt, and more. Ronstadt helped them get signed to Geffen Records in 1985. They released an album, the self-titled Lone Justice. Their first single, Ways To Be Wicked, was written by Tom Petty and Mike Campbell of the Heartbreakers. The album was produced by their manager Jimmy Iovine and it peaked at #56 in the Billboard Album charts and #62 in the Country Charts. The album was so hyped that it was not treated like a debut but one that was called “one of the best ever” by a Rolling Stone writer. There was no way it could live up to expectations.

They opened for bands such as U2 and Tom Petty and the Heartbreakers. I saw them first on Saturday Night Live in 1985 doing Ways to be Wicked and liked them right away. I’ve never liked the popular 80’s dance music at all so this band with the irresistible female lead singer that played rootsy music hooked me from the start. In the 80s, this is what I had been looking for.

Their second album Shelter Me was more of a pop album and less of the music that brought them attention. It was also produced by Little Steven and Jimmy Iovine but did not cause the excitement or chart action that the debut did.

A compilation album by Lone Justice was released in 2014 from 1983 called The Vaught Tapes before they had a record contract. You can hear the cowboy punk of their early years…like the song Soap, Soup, and Salvation. 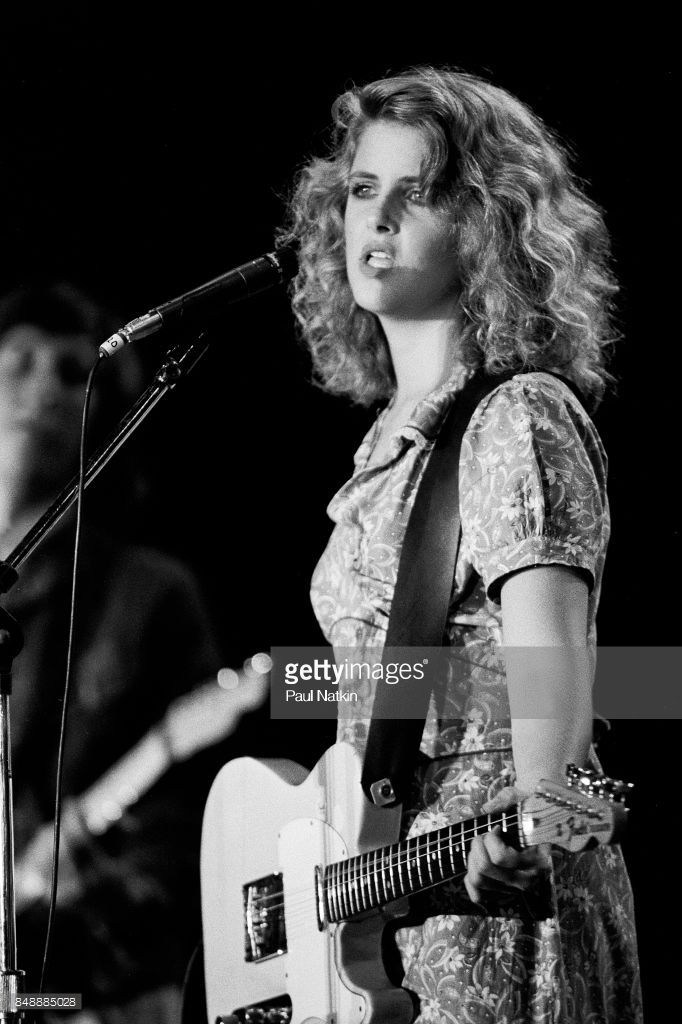 Since 1989 she has released 7 studio albums with the last one in 2020 call La Vita Nuova and it peaked at #1 in the UK Americana Albums charts. She did have a #1 single in the UK in 1993 called Show Me Heaven off the Days of Thunder soundtrack.

She has 9 actress credits and 34 soundtrack credits.

Some things to share
Maria has worked with Robbie Robertson, Cheap Trick’s Robin Zander, Dwight Yoakam, Steve Earle, the Golden Horde, the Heads, and Counting Crows. She wrote songs for Bette Midler, the Dixie Chicks, and Patty Loveless. She also wrote and sang “If Love Is a Red Dress (Hang Me in Rags)”, the only original song on the Pulp Fiction soundtrack that was chosen by Quentin Tarantino.

Maria McKee is my personal favorite female singer of the 80s although her peak of popularity was brief, I followed her throughout her career. Her voice is unique, and she has a wonderful feel for music. She is a singer, songwriter, author, and actress. She has fought through her own battles and still releases music today. “I’m a child of trauma and the product of a certain kind of wiring,” she reveals. “As well as PTSD, I also have ADHD, OCD, and Bipolar 3, the rapid-cycling, lesser version of bipolar. On interviews she is open about her life and music and so genuine.