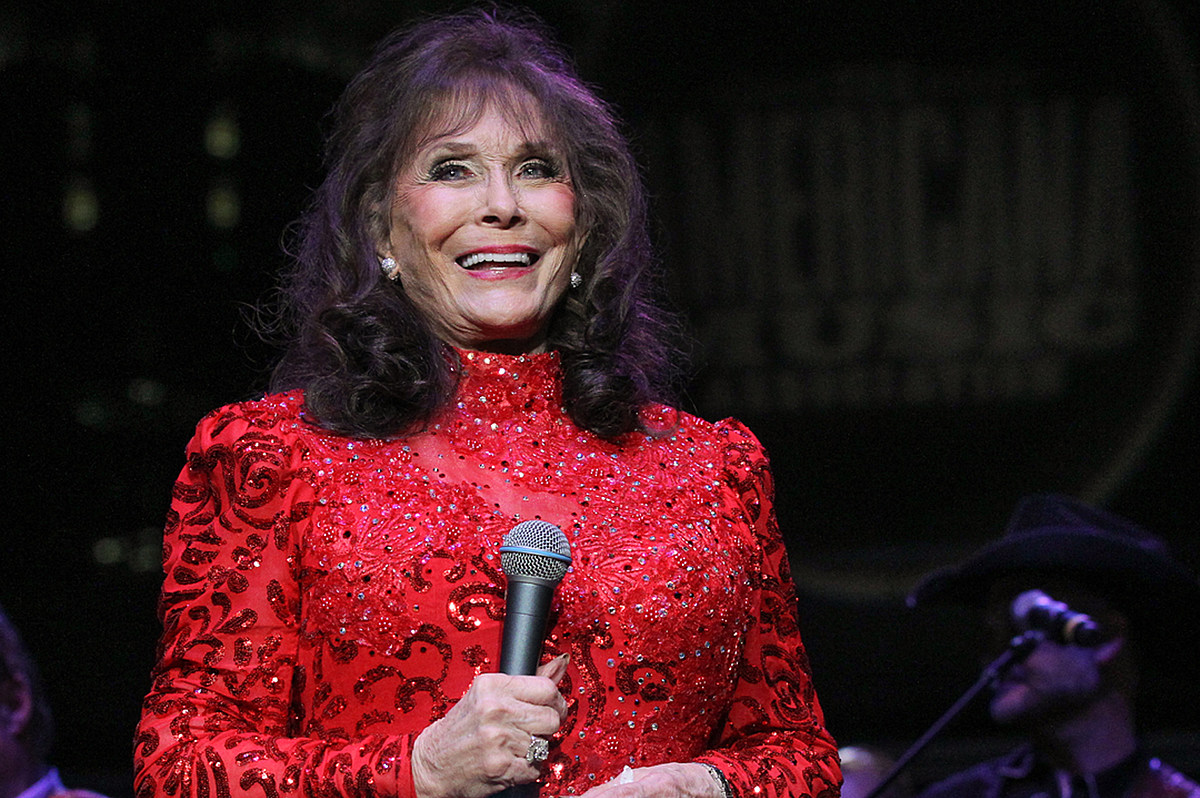 Loretta Lynn (née Webb; born April 14, 1932) [and recently passed away yesterday, 10/4/22] is an American country music singer-songwriter with multiple gold albums in a career spanning 60 years. She is famous for hits such as “You Ain’t Woman Enough (To Take My Man)”, “Don’t Come Home A-Drinkin’ (With Lovin’ on Your Mind)”, “One’s on the Way”, “Fist City”, and “Coal Miner’s Daughter” along with the 1980 biographical film of the same name.

Lynn has received numerous awards and other accolades for her groundbreaking role in country music, including awards from both the Country Music Association and Academy of Country Music as a duet partner and an individual artist. She is the most awarded female country recording artist and the only female ACM Artist of the Decade (1970s). Lynn has scored 24 No. 1 hit singles and 11 number one albums. [Up until her death] Lynn continues to tour, appear at the Grand Ole Opry and release new albums.

At the height of her popularity, some of Lynn’s songs were banned from radio airplay, including “Rated “X””, about the double standards divorced women face; “Wings Upon Your Horns”, about the loss of teenage virginity; and “The Pill”, with lyrics by T. D. Bayless, about a wife and mother becoming liberated by the birth-control pill. Her song “Dear Uncle Sam”, released in 1966, during the Vietnam War, describes a wife’s anguish at the loss of a husband to war. It was included in live performances during the Iraq War.

Lynn was awarded the Presidential Medal of Freedom by Barack Obama In 2013.

While a recognized “advocate for ordinary women”, Lynn has often criticized upper-class feminism for ignoring the needs and concerns of working-class women. She once stated,

“I’m not a big fan of women’s liberation, but maybe it will help women stand up for the respect they’re due”.

Lynn allowed PETA to use her song “I Wanna Be Free” in a public service campaign to discourage the chaining of dogs outside.

You’re Lookin’ at Country is Loretta’s eighteenth solo studio album, released on September 20, 1971. The title track peaked at #5 on the Billboard Hot Country Songs and reached #1 on the Canada Country Tracks chart on RPM.

Lynn wrote “You’re Lookin’ At Country” in response to viewing the open country while touring on the road. Lynn said in an interview that she was inspired by all the meadows and hills that she saw while passing through the country to write this song. The song was unlike anything Lynn had been releasing at the time, besides “Coal Miner’s Daughter” from the previous year. This was because the song did not speak of the common subjects Lynn often used in her songs, such as drunk husbands, adultery, and fighting back.

I had to write ‘You’re Lookin’ At Country’ as a love song or it wouldn’t sell,

But it wasn’t a love song. I got the idea from looking at my land. I wanted to write what I saw.

In the 1980 motion picture biography of Lynn, Coal Miner’s Daughter, Sissy Spacek (who plays Loretta) sings “You’re Lookin’ At Country” during a concert twice in the film. Spacek sang Lynn’s hits herself, and later won an Academy Award for doing so.